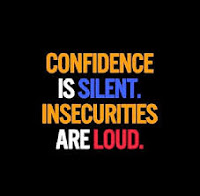 “To pretend that there are not serious enthusiasm-gap issues with the G.O.P. base and, more crucially, independents fleeing, is missing the lessons that need to be learned before truly competitive seats are on the board,” Everhart said.

Posted by J.W. Williamson at 6/22/2017 09:22:00 AM
Email ThisBlogThis!Share to TwitterShare to FacebookShare to Pinterest
Labels: Jon Ossoff, resistance to Trump