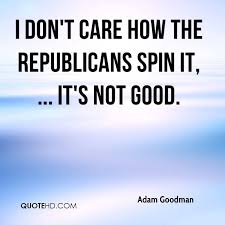 [The Senate dismantling of Obamacare unveiled yesterday] would also repeal most of the tax increases imposed by the Affordable Care Act to help pay for expanded coverage, in effect handing a broad tax cut to the affluent in a measure that would also slice billions of dollars from Medicaid, a program that serves one in five Americans, not only the poor but also almost two-thirds of people in nursing homes. A capital-gains tax cut for the most affluent Americans would be retroactive to the beginning of this year. ("Senate Health Care Bill Includes Deep Cuts to Medicaid")

The bill’s largest benefits go to the wealthiest Americans, who have the most comfortable health care arrangements, and its biggest losses fall to poorer Americans who rely on government support. ("Shifting Dollars From Poor to Rich Is a Key Part of the Senate Health Bill")

How many Watauga County citizens have relatives in nursing homes who rely on Medicaid? How many Trump voters?

Trump recently criticized the House bill dismantling Obamacare as "mean," and he also said recently that he wanted more "heart" in the Senate bill. Yesterday on Twitter, he was crowing what the marvelous bill the Senate had produced. Pretty soon it's gonna start raining kittens!