Greater in His Own Mind Than Anywhere Else

At a cabinet meeting this morning, Trump bragged: “I will say that never has there been a president — with few exceptions; in the case of [Franklin D. Roosevelt], he had a major depression to handle — who’s passed more legislation, who’s done more things than what we’ve done, between the executive orders and the job-killing regulations that have been terminated. Many bills; I guess over 34 bills that Congress signed.”

Sound right to you? Sound accurate in substance to you?

Here are the actual facts, through June 12th, counting all legislation signed, no matter how insignificant or routine: 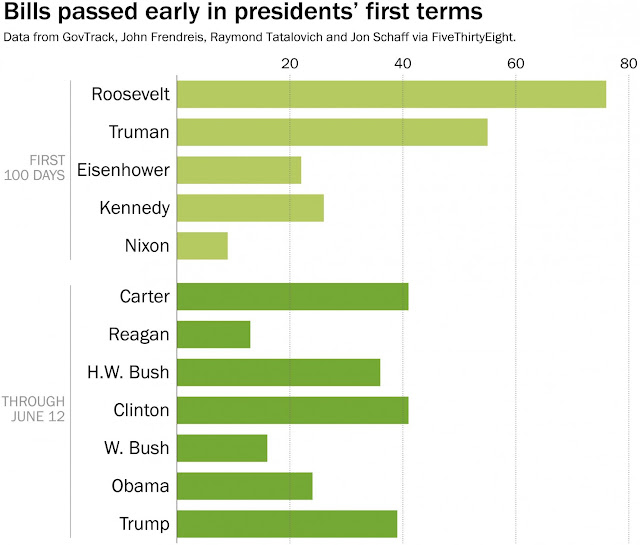 Trump might have more accurately bragged, “I will say that never has there been a president who has bragged more about less than me."