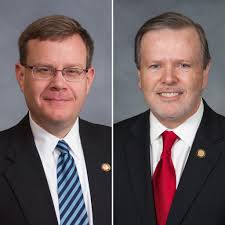 They don't even try to hide their motives any more in Raleigh.

They recently overrode the governor's veto to make judgeship elections partisan, and they decreased the size of the Court of Appeals from 15 to 12, to prevent Gov. Cooper from appointing replacements for Republican judges approaching mandatory retirement in the next few months.

During debate over the bill in the NC House, Rep. Grier Martin, a Democrat from Raleigh, asked if the proposed new maps were drawn with partisan considerations.

In Raleigh, there are no accidents but plenty of catastrophes.