This piece of leaked White House gossip, or truth, or near-truth has emerged, "according to two people familiar with the situation." When word reached the Oval Office at 5:35 yesterday that deputy attorney general Rod J. Rosenstein had appointed a Special Counsel to investigate Trump and his campaign and other stuff, Trump's first reaction was to "fight back":


He quickly summoned his top advisers, most of whom recommended that he adopt a conciliatory stance. But his son-in-law, Jared Kushner, who had pushed Mr. Trump to fire Mr. Comey, urged the president to counterattack, according to two senior administration officials.

After a brief discussion, however, the majority prevailed. Aides huddled over a computer just outside the Oval Office to draft the statement accepting Mr. Rosenstein’s decision and asserting the president’s innocence.

Later on -- last night or early this morning -- Trump began fighting back on Twitter, alleging a "witch hunt" to get him. 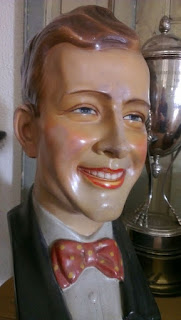 But, really? Kushner pushed for Comey's firing? One of the most colossal political blunders of the age, a firing which led directly to the appointment of a Special Counsel.

Why does anyone think this kid is smart?

Actually he is no Democrat, Otherwise he would be fighting for the common man. Instead, he furthers the interests of the oligarchs while hiding his actions to launder their money. Not a Democrat, but rather a criminal.

"Actually he is no Democrat, Otherwise he would be fighting for the common man" JS

Oh, like Hillary Clinton? Democrats have SEVERE problems with the common man.

And shouldn't a democrat think that term misogynistic?

"Not a Democrat, but rather a criminal." JS

WH Are you a simpleton or just not very edumacated?

Democrats would be more respected, and elected, if they held everyone to the same standards.

Kushner and his family have deep ties to the Democrat Party. Deal with it.

As for the common man, well you all have spent decades not just alienating them, but beating them into the ground. You have established a bigotry against everything the common man believes in and works for.

Want to know why Trump was elected? Look in the mirror.

That must be why he won the popular vote so bigly.

And why you lost so bigly, in all 57 states.

"Why does anyone think this kid is smart?" JW

Because he could buy and sell you a thousand times over.

He makes millions without the gov't having to steal it for him.

Because is wife is REALLY hot and makes millions with her own businesses.

He figured out how to get his father in law to put him in the White House.

He has great kids.

But he's not a total genius or he wouldn't be a Democrat.