Trump: "Everyone Must Buy American ... Except for Me and My Family"

Hypocrisy Watch: Trump went to Wisconsin yesterday to demand that everyone "buy American" while he and his family are very notorious foreign shoppers. 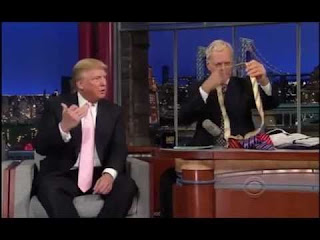 1. Trump's own clothing line is made overseas. His famous ties are made in China. Last July, he told ABC’s George Stephanopoulos that he “bid out” production for his ties: "You have companies over in different countries where they devalue their currency and they make it impossible for American companies to compete.”

2. During the campaign, Trump said he would label China "a currency manipulator" as soon as he was sworn in (for the reason cited immediately above). But earlier this week, Trump decided against that, soon after he and daughter Ivanka had dinner with China's leader.

3. At the same time that Trump and Ivanka were having dinner with China's leader, Trump was also being awarded trademark protection for his name in China, something he had sought for more than a decade. Money, money, money!

4. Ivanka "has imported 56 shipments of Ivanka Trump products from China and Singapore, part of a total of 215 shipments from Asia since Jan. 1, 2016” (NBC News).

5. Cheap steel for Trump hotels comes from overseas -- we've all known that -- but the Business Insider reports that hotel furnishings and toiletries are also bought from foreign suppliers: ice buckets from Thailand, headboards from China, slippers from Hong Kong, shower gel from Italy, etc.

6. "Hire American"? Not that, either. According to the Washington Post, since 2013 Trump properties -- including Mar-a-Lago, Trump Vineyards, and Trump National Golf Club -- have sought to fill more than 500 positions with foreign workers under the H-2A visa program. "In total, those positions would have earned almost $1 million a month in salary over their durations."

Posted by J.W. Williamson at 4/19/2017 07:17:00 AM
Email ThisBlogThis!Share to TwitterShare to FacebookShare to Pinterest
Labels: Donald Trump, Ivanka Trump