Eric Lichtblau is reporting this morning:


WASHINGTON — The C.I.A. told senior lawmakers in classified briefings last summer that it had information indicating that Russia was working to help elect Donald J. Trump president, a finding that did not emerge publicly until after Mr. Trump’s victory months later...

1. A split developed last summer between counter intelligence agents at CIA and the FBI, with the FBI resisting analysis that Russia was actually trying to help elect Trump rather than just disrupting our election process.

2. The CIA director at the time became so concerned about the Russian interference that he briefed the top Republican and Democratic leaders in the House and Senate, along with leaders of both chambers' intelligence committees 10 weeks before the election. Mitch McConnell knew. Paul Ryan knew.

3. Based on CIA briefings, Sen. Harry Reid wrote the FBI in August, asking Director Comey to open an investigation into collusion between Trump associates and the Russians. Unknown to Reid, the FBI had done just that a month earlier, but the FBI inquiry into connections between the Trump campaign and the Russians "was kept secret even from members of Congress."

4. "It was not until early December, a month after the election, that it became publicly known in news reports that the C.I.A. had concluded that Moscow’s motivation was to get Mr. Trump elected."

5. "Last month, Mr. Comey publicly acknowledged the continuing investigation for the first time at a House hearing on Russia’s influence on the election and said the F.B.I. was examining possible links between Trump associates and Russia for evidence of collusion." 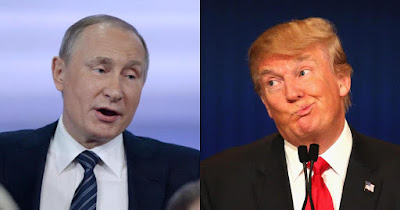