“I think right now we have a taint.”

--Rhonda Amoroso, Republican member of the NC State Board of Elections, during the party-line vote to order a machine recount of Durham County's 94,000 early votes in an effort to save Pat McCrory's ass. 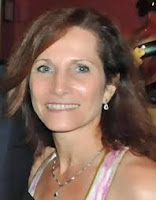 One of the great side benefits of shoving the Pat McCrory administration out of the governor's mansion is that we won't have Rhonda Amoroso any longer in the majority on the State Board of Elections.

Among her other notorious moments of decision-making on the SBOE was her willingness to "command" Chancellor Sheri Everts to turn over the Legends building for early voting this fall. That proposal died when the attorney for the SBOE told Amoroso she couldn't do that.

She can take her taint and sit someplace else.

Posted by J.W. Williamson at 12/01/2016 11:00:00 AM
Email ThisBlogThis!Share to TwitterShare to FacebookShare to Pinterest
Labels: early voting in Watauga County, North Carolina Board of Elections, Rhonda K. Amoroso