We're Right, They're Wrong, We Will Fight Back 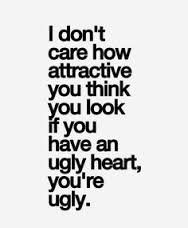 "Do not be deceived; God is not mocked, for whatever a man sows, that he will also reap."

Legal challenges to the ugliness wrought by the Republicans in the NC General Assembly this past week are coming. Look for multiple petitions to begin to move in the courts after New Year's.

They know they cannot hold their absolute power without absolute bully tactics. They need secrecy and sudden moves so they can get what they want before the public wakes up. They need to monkey with voting rights -- always! -- because ballot access is where they are most vulnerable. They are dishonest by nature and now by long habit. They scream about the unfairness of what was done to them by Democrats decades ago while doing worse to Democrats. They have no moral compass other than power.

They cannot win without these sorts of shenanigans. They are poltroons, and their multiple treacheries are crystal clear. They depend on the ignorance of the voting public -- or its complacency -- to get them through, and sometimes it does. As obvious as Republican malfeasance in North Carolina has been, it still takes the public a while to catch on.

We're coming for you, NCGOP. You will be exposed. You will lose.

"We're coming for you, NCGOP"

LMAO....I hear this from you guys every election cycle. Yet, here we are! A veto proof majority in NC House and Senate along with a new president to go with our Republican US House and US Senate.

I particularly like it when you brag about beating Virginia Foxx!

You guys crack me up!

The world is on fire, and you laugh because each of us shows up with a bucket and a ladle. [But enough buckets and ladles...]

NCGOP, you are on the wrong side of history.

NCGOP, That's the spirit! Be as ignorant of Scripture as you are of American history. "Pride goeth before destruction, and an haughty spirit before a fall." There's a reason the ancient church listed pride as the worst of the 7 deadly sins.

"Pride goeth before destruction, and an haughty spirit before a fall."

This was AMPLY demonstrated by Hillary Clinton.

LMAO...You fools are so cute when you are mad!
It's strange that you didn't "come for us" before the election where we won the presidency and kept our majority in the House and Senate and....oh yeah...picked up a few council of state offices in Raleigh.

It is really fun watching you clowns bluster and brag about what you are "going to do"....Does that mean you didn't put any effort into helping your candidates in November?

Even in the county commission races here in Watauga. You couldn't get a single Democrat candidate to carry a precinct outside of the town of Boone precincts. Did John Welch carry his own district? Did Bobble Head Billy?

Neither of the two democrats who won Commissioner seats are "lefties"...talk to them, and you'll find they are traditional southern moderates. It looks as if the Board of Commissioners will work well together over the next two years, for the good of the ENTIRE county, as it should.

And Billy Kennedy wasn't running at all this year, which may explain why he didn't carry ANY precincts.

John W IS a nice guy. But, a moderate? No. Maybe in comparison to some of the other nuts you people support but hardly a moderate by any "normal" definition.

Billy is as lib eral as any we have had on the BOC in the past several cycles. And he has NEVER won his home precinct in any election in which he has run.

Trying to follow the logic: You're implying that if a winning candidate doesn't carry his or her home "district," then somehow they're ... what? ... illegitimate?

Well, then, on November 8, Virginia Foxx got almost 600 fewer votes in Watauga County, her home, which makes her illegitimate. She actually loses Watauga County on a regular and predictable basis.

Ironically, the bipartisan SBOE was unanimous on most all matters of strictly applying the law. Their discretion lies in establishing early voting sites and hours of operation. Rubber, meet road. Train, meet wreck.

As you know, she usually carries 16 or 17 of the 20 Watauga precincts. She does not carry the 3 (sometimes 4) precincts which are heavily influenced by college students. We all understand that this is our system and that is fine but dont try to make it seem like the non-student populiation of Watauga supports Dems. They don't. The students support the Dems. The permanent citizens support the Repubs. That's why your candidates spend most of their time campaigning on campus.

In almost every election, Republicans win all of the precincts which are not heavily ASU Students.

Of course, you knew that. Just like you know your threat "We're coming for you, NCGOP" is a joke. You "come for" the GOP every election with all that you have. But still, except for the Town of Boone, you have little support in Watauga county.

Can't imagine why college students wouldn't want to vote for you Republicans, but I think you might be exhibiting at least one reason for that.

Jerry..you have constantly argued that Foxx doesn't carry Watauga because "we know her best". How come you don't accept the same logic when it comes to Kennedy's neighbors voting against him in every election? He is totally dependent on the votes of college students who, for the most part, know little if anything about him.

I can't imagine why the permanent full time citizens of Watauga Countly wouldn't want to vote for you Democrats, but I think you might be exhibiting at least one reason for that.

What a mean-spirited diatribe you posted, J.W. The left lost most of the recent state and national elections. And you resort to over-the-top partisan invective and then threaten to defeat the just elected majority. Until your side learns a little humility and eschews your intolerant and arrogant proclivities, you are destined to be rejected by a great mass of the American citizenry.

The NC GOP is just doing to the democrats what Obama is doing to Trump.

Anonymous 7:37, I won't presume to speak for Mr. Williamson, as he is capable of speaking for himself, but seriously? You're going to scold him (and the rest of us, I guess) for "over-the-top partisan invective" when we've been treated to the last 8 years of Obama derangement from your side? Seriously? When did Barack Obama and the people your side label "dummy-crats" and "libtards" ever get anything but "over-the-top partisan invective"?

Seriously, Carl, seriously. There's really little comparison. While Conservatives opposed most of the Obama Administration's policies, only a minority fringe resorted to the virulent level of invective being regularly posted here and on other "mainstream" liberal web sites. Such allegations as "ugly heart", "poltroons", "treacheries", "malfeasance" and "no moral compass " suggest a level of hatred that should be unacceptable to any fair minded partisan.