Evidence That Parts of the NC DemsParty Are Comatose 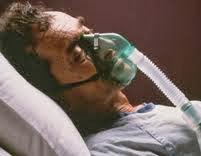 Get this: Democratic members of county boards of election in some 32 counties have joined with their Republican majorities in requesting an exemption from the State BOE to have fewer Early Voting hours during the May primaries, hours that were mandated by the monster voting law (Voter I.D., etc.) enacted by the Republican majority.

Apparently, when the law was originally passed and in order to get some Democratic support, Republican bosses had to add that particular provision (to maintain the same number of total hours while reducing the total number of days). The rationale used to sell the law to Democrats was that county election boards would henceforth be forced to extend Early Voting hours to 8 or 9 p.m., for example, and add more sites to help more people find time to vote.

Unless an individual county board of elections unanimously requests an exemption from the rule.

And that's exactly what 32 NC counties have done (complete list below). Which means that in 32 NC counties, the Democratic member of those boards of elections saw no problem whatsoever in reducing Early Voting even more than the cutting off of a full week of ballot access. Republican majorities on those boards proposed seeking the exemption, and Democratic members, in an excess of wanting to be nice or just plain stupid, went along with the further squeezing of North Carolina democracy into a box that will fit very neatly on Art Pope's desk.

We can understand the presence of some counties on this list, where no viable Democratic Party even exists, but ... Buncombe?!?