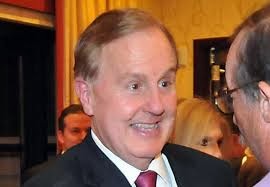 Poor Robert Pittinger, the Charlotte freshman Congressman who replaced Sue Myrick in Washington!  He voted to raise the debt ceiling, immediately got a Tea Party challenger in May's primary, and to save his own precious hide, he's calling President Obama "Enemy Number One" in a fundraising letter to his conservative base.

Profile in courage not.

This would be funny if it weren't so remarkably pathetic.

Especially pathetic in what it says about the Republican base and what their elected leaders think of them ... that they're too stupid for school and easily manipulated by labeling The Black Man with some outlandish charge.

Posted by J.W. Williamson at 3/10/2014 10:34:00 AM
Email ThisBlogThis!Share to TwitterShare to FacebookShare to Pinterest
Labels: racism, Robert Pittenger