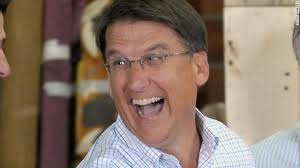 So there was Governor Squishy yesterday, beside himself about North Carolina's supposedly improved unemployment rate, bragging that it was all his doing.

What The Guv ignores, naturally, is that unemployment numbers have improved partly because tens of thousands of the state's unemployed have simply stopped looking for work. As the Wall Street Journal helpfully pointed out, North Carolina led the nation in February in job losses, "a sign of stress for a state scaling back its support for its jobless residents." (Hattip: BlueNC)

That used car that our grinning Gladhander-in-Chief is peddling has no engine.

Posted by J.W. Williamson at 3/29/2014 10:28:00 AM
Email ThisBlogThis!Share to TwitterShare to FacebookShare to Pinterest
Labels: Pat McCrory, unemployment in North Carolina