The Rogues in Charge of Protecting NC's Water 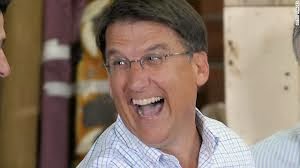 Gov. McCrory has now bragged, with reference to the third largest coal ash spill in U.S. history, that "I know infrastructure [at Duke Energy] and I know management and I know engineering. Somewhere along the way there has been a breakdown in ensuring that site [on the Dan River] was properly maintained."

Does anyone within the sound of McCrory's mis-firing synapses really believe that he knows squat about engineering, or about anything else beyond smiling for the camera?

And now the New York Times has uncovered this eye-witness account from last June, when water pollution regulators at the NC Department of Environment and Natural Resources, were given new marching orders "on behalf of North Carolina’s new Republican governor and conservative lawmakers" (courtesy of "The Morning Memo" at the N&O):

From now on, regulators were told, they must focus on customer service, meaning issuing environmental permits for businesses as quickly as possible. Big changes are coming, the official said, according to three people in the meeting, two of whom took notes. “If you don’t like change, you’ll be gone.”

Yep, North Carolina, your air and water is in good hands! That "expert" in infrastructure, engineering, and management is running everything!

As one young man so eloquently said "Thanks for nothing Pat!" Works here too...as a matter of fact, can't think of a single issue that Pat didn't deserve the sentiment.