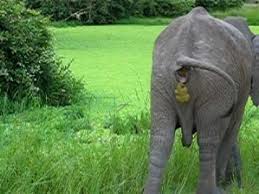 So the GOP in our state has been preaching that Democrats ruined North Carolina during 140 years of one-party rule. "Hell," shouted those same Republicans, "we can accomplish that job in two!"

Looking at the faces of those 80+ citizens arrested yesterday at the General Assembly building in Raleigh, we can certainly sympathize with Gov. Squishy McCrory, who's been squeaking about "outside agitators." Elderly white men and women in clerical vestments and in need of knee replacement surgery are downright frightening when they come to petition this particular government to stop being such complete dicks.

"Dirty hippies!" a Republican operative was actually overheard calling them. Seriously? Talk about being caught in a self-defeating time-warp, seeing the world around you with those Nixon lenses that proved so effective back then.

"Morons," yelled Republican Senator Thom Goolsby of Wilmington, channeling himself as an 8-year-old on the playground.

Yep. We've got the Right government in Raleigh for a truly glorious 1850.