NC GOP: Happy To Be Gutting the Public Good 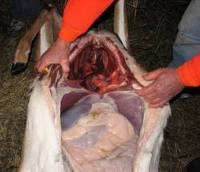 You wanna know what they've been doing in Raleigh? Here's yet another handy summary:


"Generations of programs involving education, the environment, health care, election laws and economic development are being eliminated or gutted in the budgets proposed by either Gov. Pat McCrory, the Senate or the House."

If it was suggested by a Democrat, enacted by a Democrat, supported by a Democrat, it is now marked for death. That's called "wise governance" by a handful of idiots. It's stupidity of the sort that the Taliban made infamous when they blew up a centuries-old statue of the Buddha. Destroy it because we didn't build it.

Democrats in North Carolina have spent decades creating an educational system second to none in the South. Who knew how much the Republicans were stewing about it? Who knew how much they hated the very idea of public education for all? If it's not clear to you by now that their goal is to end public education and punish the teachers who slave for its success, you're blind, not paying attention, or you're as stupid as the Taliban that blows up statues they didn't build.

There's a rally for public education in Boone tomorrow afternoon at 1 p.m. at Jaycees Park on Horn in the West Drive. Time to stand up and show that we support what past generations sacrificed to build.

Posted by J.W. Williamson at 6/17/2013 10:42:00 AM
Email ThisBlogThis!Share to TwitterShare to FacebookShare to Pinterest