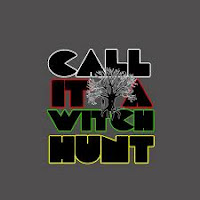 Yes, indeedy, the Art Pope-financed Civitas Institute has launched its own version of an old-fashioned black list, using mug shots of those arrested at "Moral Mondays" in Raleigh (so that your average right-wing nut can be sure to recognize them on the street), along with personal information, like street addresses, employers, and "associations."

(Yeah, let's hear again how the Tea Party Republicans are totally ignoring the protests, are uninfluenced by them, and don't give a fig about how citizens feel about their legislation. This black list fairly screams fear.)

Jedediah Purdy, a constitutional law professor at Duke, one of the arrestees at Moral Monday, has written an open letter to the Civitas Institute, thanking the Pope minions for showing their asses so revealingly to the public: "I'm sure I speak for many of those arrested for civil disobedience protesting North Carolina's Tea Party legislature who are happy to find our name, residence, and employer are usefully listed on the Internet."