The Attack on Early Voting in North Carolina 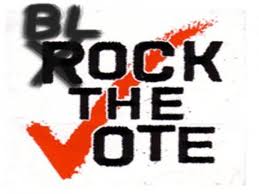 Conservatives don't like Early Voting, and their hand-maidens in the North Carolina Republican Party are doing what they can to curtail it. The Republican-controlled NC General Assembly refused to "match" a $4 million grant from the Federal Help America Vote Act (HAVA) -- a "match" of $660,000 -- because Sen. Andrew Brock of Mocksville decided, against all evidence to the contrary, that the state's election machinery just didn't need it.

Every local Board of Elections in the state is now facing decisions about cutting off Early Voting sites, or limiting their hours, or both. In Wake County, where some 57% of registered voters voted early in 2008 (and you know whom the majority voted for, right? which explains the conservative hostility), the County Commission gave the Board of Elections about half of what it needs to fund and maintain just the early voting sites that were open four years ago. We're watching their struggle to maintain ballot access rather than cave to the Republican grand scheme of making the act of voting as difficult as possible.

"Grand scheme"? You betcha! It's national in scope, and it's organized, right down to our local stop-ASU-students-from-voting campaign organized by Deborah Greene. Ari Berman has done outstanding reporting on the whole sorry chapter in our recent history.

Thank you for the good start,county commissioners. Now you need to remove the remainder of their funding for this form of voter fraud.

The thing about conservative Republicans is they love waving the American flag and have a red white and blue bumber sticker with the word "Freedom" on it but when it comes to real freedom they're always opposed the practice of freedom by society.

Why would Conservative Republicans want to end the convenience of early voting?

Anon 5:52, please explain how early voting is a "form of voter fraud". That's not a phrase you should throw around lightly.

It's all in the conservative's head. "Voter fraud" is supposedly rampant, yet there's never any evidence that it's so widespread!

"Voter Fraud" means the Elections Board is intentionally making it easier for more people to vote. More people MUST mean someone is cheating!

Jerry, you atttribute too much to Deb Greene.