Perdue Says No to Fracking in NC 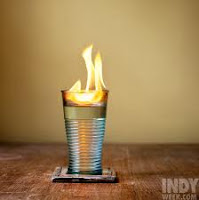 Gov. Perdue's second veto of the 2012 "short session" of the NC General Assembly came on Senate Bill 820, the so-called "fracking" law which would open North Carolina to horizontal drilling and the fracturing of deep rock to release trapped natural gas. "Fracking" has been highly controversial. There's plenty of evidence that it endangers ground water, among other side effects.

Laura Leslie and Mark Binker have a good post up about the likelihood of a veto override.

Only two Republicans in the NC House voted against the original bill. One of them, Rep. Bryan Holloway of Stokes County, was obviously reflecting the majority opinion in his home county, which would be one of the few counties in the state with enough rock-trapped gas to be targeted by the big fracking companies. The Stokes Board of County Commissioners unanimously passed a resolution recently calling on the governor to veto the fracking bill. That Board, incidentally, is 100% Republican.

The threat that fracking represents to our water supply does not have to be a partisan issue.

Dalton is a fool

No need to rush a fracking bill. If we mess this up, we can destroy parts of our state forever.