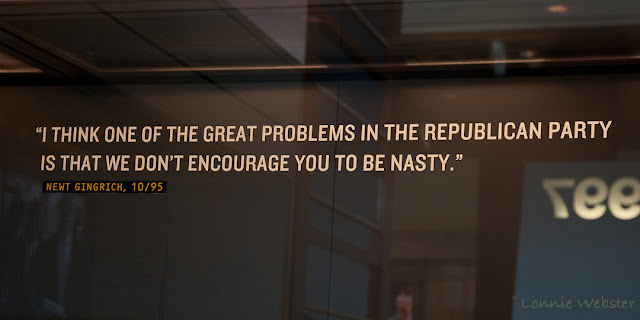 Apparently, that "problem" in the Republican Party started turning around decisively in South Carolina. A GOP "operative" named Mike Green posted this knee-slapper on Twitter:


JUST HEARD OBAMA IS GOING TO IMPOSE A 40% TAX ON ASPIRIN BECAUSE IT'S WHITE AND IT WORKS.

The following aphorism has been popping up frequently on Twitter and elsewhere. I've seen it attributed to Robert E. Lee, Mark Twain, and Maureen Dowd, and I'll tell you right now, I don't believe any of those attributions. I'm thinking ... H.L. Mencken:

South Carolina ... too small to be a nation, too large to be an insane asylum.

I'd like to know why Rick Santorum's family is off limits. He has stated his opposition to abortion for ANY reason- except to save the life of HIS wife. When ever this is brought up the speaker or writer is attacked for acting in bad taste. Santorum as president is an act in dangerous bad taste.

But there is one thing for certain. These candidates of BOTH wings of the SAME government party; Obama, Gingrich, Romney, Santorum, etc, all taste very good, indeed, to the thieving banksters and their corrupt, elite pals.

All except for one man--Dr. Ron Paul.

The quote is from James L. Petigru, a South Carolina congressman during the years prior to the Civil War. He made the statement upon South Carolina's vote to leave the union.