The Guv Floods the Lido Deck 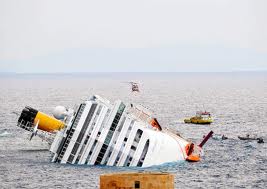 Coming completely out of the blue, right at 9 a.m. this morning, was the rumor of an announcement that Gov. Beverly Perdue would not be running for reelection. That rumor was confirmed as fact about an hour or so later.

The scramble among Democrats with state-wide ambitions was palpable, and we could hear through our Twitter feed the scraping of chairs on hardwood, the slamming of doors, the crashing of china all the way up here in Boone. And smell the sweat of ambition.

The downside is pretty obvious: we're two weeks away from candidate filing with the top job in the state suddenly an open seat. Who gets trampled in the stampede?

The upside is also perhaps pretty obvious: with a consistently unpopular governor out of the picture, the fall elections become a referendum on the Republican-dominated General Assembly rather than a referendum on Perdue, a shift in focus that might give Pat McCrory a pause or a little acid reflux, depending on how self-aware he is.

Several strong Democrats will emerge to challenge one another in a primary. Several weak Democrats will also probably jump in. A hot primary is guaranteed, which produces another obvious upside: the passage of North Carolina's notorious, unnecessary, and wholly discriminatory anti-gay Amendment One becomes a lot less certain. (There was even a suggestion on Twitter this morning that Perdue had deliberately out-foxed the Republicans by making a deal to put the amendment on the primary ballot, knowing that there would be a hot race to replace her. Not likely, but cool if true.)

There has to be some sort of Prophet of the Year plaque made up for presentation to Rep. Bill Faison, who's been saying for months that The Guv would step aside rather than run for reelection. Most people poo-pooed that prediction, including Yours Truly, for which I now repent, apologize, and ask for forgiveness.

Conspiracy Theory of the Day: Floating out there in Punditstan is the suggestion that it was the Obama White House that showed Gov. Perdue the door and that her exit from the scene increases Obama's chances of taking North Carolina again. That's clear-thinking, IMO. But the theory goes on to suggest that Charlotte Mayor Anthony Foxx has been groomed by the same White House to now run for governor, a theory that will have a mercifully short shelf-life, given that candidate filing starts on February 13.

I'm a member of PCCC (Bold Progressives NC) and was just sent a survey asking if I wanted my current Rep, Brad Miller, to throw in for Gov. Of course I do, since Brad Miller announced his "retirement" at age 58 due to redistricting issues.

I'm with Celia. To me Miller has a good shot at sympathy support from across NC. He's originally from Fayetteville, which is good since "everyone knows" no one (but Republicans) can win a statewide race if they are from west of Greensboro. He has a proven track record as a progressive in Congress. And of course the Popes will attack him as "too liberal for NC" in the TV ads, but they will do that anyway for anyone to the left of Genghis Khan. So I say to Brad, go for it, he probably even has some campaign $ left from previous runs(don't know that).

A pox on Bill Faison for inappropriately browbeating Purdue into resigning. I think she has done a good job holding the line on education and focusing on job creation. I think the power of that one encumbancy will be sorely missed. Steve Ivester

I still think Richard Moore is the best choice (since 2008). I was close to casting my first vote for a republican in Nov. 2008, but thought about the possiblities and voted for Perdue, now I feel betrayed that she has no backbone to stick it through. WHY a former prosecutor and successful money manager would be overlooked, makes no sense. he is the only one who win, Dalton has too much Perdue stench on him.