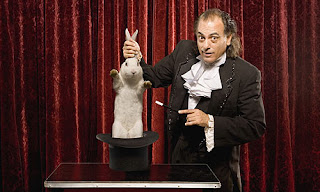 The signature legislative ambition for the new Republican majority in the NC General Assembly? Limiting ballot access for the state's black citizens and for the young, two demographic groups that voted heavily for Barack Obama in 2008 and are likely to do so again in 2012.
The Republicans' wet dream for a voter photo ID bill would hamper the voting rights of several thousand of those two groups.
Gov. Perdue vetoed that bill. When the Republicans attempted to override it in the General Assembly, the Democrats in the NC Senate held firm, and the override failed.
Now, in a transparent attempt to build public pressure on Democrats in the state Senate and on the governor, the Republican-dominated county commissions in four NC counties have passed resolutions requesting that the General Assembly pass "local bills" to require photo IDs of voters in just those counties.
That would be patently unconstitutional, but never mind that. One of those four counties, Craven, is considered Gov. Perdue's home county, so the opportunity for public embarrassment of the governor was just too delicious to pass up. Five Republican commissioners in Craven trumped the two Democratic commissioners.
And by the way, in those four counties pushing for local photo ID laws -- Craven, Gaston, Davidson, and Rowan -- there are 22 total Republican commissioners, to 3 total Democratic commissioners. Yeah, they need a photo ID law because, obviously, those 3 Democrats could not have won office without fraud, right?
This is all a put-up job, a clumsy (not to say ridiculous) attempt to steam-roll the public and cower the Senate Democrats.
Posted by J.W. Williamson at 11/23/2011 10:12:00 AM
Email ThisBlogThis!Share to TwitterShare to FacebookShare to Pinterest
Labels: Beverly Perdue, voter suppression, voting rights

Let's all call our county commissioners here in Watauga County and INSIST that they too request a voter ID bill!

Well, Anon 11:03, we can only HOPE that those 3 Republican geniuses on the Watauga Co. Commission take your advice and start pushing a local bill for voter photo ID. That might cook their gooses even faster than their on-again, off-again push for a quarter-cent sales tax increase.

Oh yeah, thanks for reminding me Henery...it is Thanksgiving and it's time to pause and give thanks to the voters of Watauga county who had the wisdom to replace 3 Democrat commissioners, a Democrat state senator and a Democrat state representative! And also to send our great congresswoman Virginia Foxx back to congress by a 2 to 1 margin!

Thank you voters! And thank you to our representatives! And Happy Thanksgiving!

Henery--we can't let the turkeys get us down. On this Thanksgiving we can be grateful for Bev Perdue, our last line of defense (with the veto hatchet) in the Raleigh barnyard. Watauga voters will vote Democratic again, we just have to work harder. One thing is sure, those with hearts and brains are on our side. Have a Happy Day!

Anonymous 11:30, you should be thanking Art Pope and his campaign spending for a lot of those results.