The Laws They Pass Depend on Who Does NOT Show Up 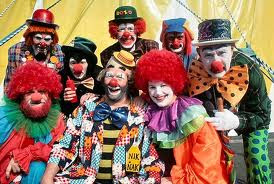 Because Thom Tillis and That Other Guy in the NC Senate have laid a veil of secrecy over what the special session of the NC General Assembly tomorrow is supposed to accomplish, the rumor mill is speculating on all cylinders.
House Speaker Tillis said back in June that he'll take any opportunity -- that is, the absence of any Democratic members -- to try to pass again, over the Governor's veto, The Photo Voter Disenfranchisement Act of 2011: "If seven Democrats don't show up for a publicly announced session, that would be the easy way to override it," Tillis said.
Mr. Tillis will be holding one of his notorious "open" town hall meetings in Boone a week from Monday, on Nov. 14 at 5 p.m., in the Broyhill Room at the Broyhill Inn on the ASU Campus. His office is insisting that attendees pre-register, which is a fairly straightforward way to control the attendance and to make sure the wrong people don't get called on to ask a question (here's the address for letting the gate-keepers know you're planning to attend: speaker.rsvp@ncleg.net).
We're somewhat familiar with the way these "open" meetings go, where ostensibly Tillis wants to hear what citizens think but really wants to mount a platform for unrestricted crowing. Katy Munger attended one of his town halls in Forsyth County recently and wrote about the experience. She's informative.
Posted by J.W. Williamson at 11/06/2011 10:35:00 AM
Email ThisBlogThis!Share to TwitterShare to FacebookShare to Pinterest
Labels: Thom Tillis, voter suppression