Not a Good Night for Republicans 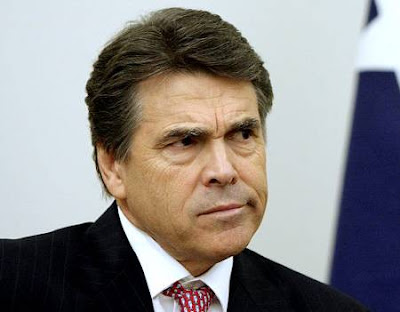 With Kevin Hill's run-off win for the Wake County School Board last night, the brief but highly inflammatory regime of the Republican re-segregationists is over.
Voters in Ohio slammed shut the door on Republican anti-unionism. Republican Governor John Kasich's butt happened to be in the door at the time. Haven't checked elsewhere in the Buckeye State, but in Cincinnatti voters ousted four incumbent Republicans from Cincinnati City Council, choosing instead seven Democrats, a majority of African-Americans, and the first openly gay candidate.
Defying all expectations, Mississippi turned out last night to be resoundingly godless on the issue of abortion, rejecting the notorious "personhood" amendment to the state's constitution. (A pro-amendment preacher was heard to say, "Satan wins!") The anti-abortion crowd is undeterred, however, vowing that they will introduce new legislation that will establish that an egg is a chicken, an acorn is an oak, and a silk worm is a komono. (And incidentally, Mississippi, I apologize for all the assumptions I was making about you yesterday. A woman at last night's celebration for victorious Boone Town Council candidates Andy Ball, Lynne Mason, and Allen Scherlen, said to me -- long before Mississippi's results were known -- that the women in Mississippi weren't as stupid as their husbands thought they were.)
Charlotte Mayor Anthony Foxx whomped his Republican opponent badly, and Democrats swept the four city council at-large seats. Just saw a tweet from Marcus Brandon that Democrats "cleaned house" in Greensboro, though Ed Cone takes a decidedly more measured tone about the outcome.
Over in Kentucky, where we have a lot of friends, Democratic Gov. Steve Beshear handily defeated his Republican opponent, while Democratic Attorney General Jack Conway cruised to re-election over an anti-health reform opponent. Democrats also won state-wide races for treasurer, secretary of state, and state auditor.
Attempted voter suppression in Maine didn't fare well. Maine Republicans had eliminated the state’s longstanding practice of same-day voter registration on election day, but the voters said "whoa!" and defeated the law at the polls.
Just a sampling of yesterday's action, grabbed on the fly. Haven't yet found a sour apple in this particular barrel.
Icing on the cake: We have another Republican presidential bitch-slapping in store for tonight!
Posted by J.W. Williamson at 11/09/2011 08:49:00 AM
Email ThisBlogThis!Share to TwitterShare to FacebookShare to Pinterest
Labels: Andy Ball, Anthony Foxx, anti-abortion activists, Ed Cone, John Kasich, voter suppression, Wake County Schools

Don't forget the transit initiative that passed in Durham too despite John Locke and other christian nationalist groups calling the idea a Commie Plot to Overthrow Democracy.

Maybe there is hope for progressives afterall.

Congrats to Andy Ball for placing first. A fine example of young leadership in this state.

Maybe hold your horses just a bit o the celebrating?

Here's another sour apple for you liberals to chew on.

Ohio Voters choose to opt out of health mandate.

Read it and weep.

Are Virginia's husband the CLT mayor kin? Just wondering how one got the brains--and the other married The Madame.