Kissell Has Some 'Splainin' To Do 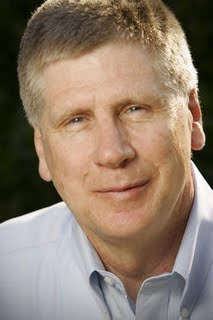 Rep. Larry Kissell is North Carolina's newest representative in Congress, elected in 2008 from the NC-8 (which includes all the counties on the South Carolina border, from the eastern suburbs of Charlotte to Cumberland County and Fayetteville). Most analysts agree that Kissell won his seat against the wealthy Republican Robin Hayes partly on Barack Obama's coattails, since Obama carried the district.

Which makes Kissell's vote against the House's "Affordable Health Care for America Act" last Saturday very puzzling. Make that "very maddening," since Kissell was elected on the strength of progressive activism and was thought to be an actual Democrat, as opposed to NC representatives Mike McIntyre (NC-7) and Heath Shuler (NC-11), the Blue Dogs who owe some secret, shadowy allegiance to the political power cult known as "The Family."

For his part, Kissell has been ducking comment since Saturday, while his constituents are pouring on some heat. A group of protestors organized by the Cumberland County Progressives stood in the rain outside Kissell's Fayetteville office yesterday, holding up wet signs that said "Blow the Whistle on Larry Kissell" and "Give Kissell a Big Dismissal." (Rhymes are apparently still the preferred genre for political protests.)

"In the 8th District, we only have one voice in Congress, and that one voice voted against us," said a spokesman for the group. "We're upset that Kissell has been elected -- and really by the coattails of President Obama -- to represent a district where a lot of people need health care," said the president of the local NAACP. "And he didn't vote for it. That bothers me."
Posted by J.W. Williamson at 11/11/2009 09:31:00 AM
Email ThisBlogThis!Share to TwitterShare to FacebookShare to Pinterest
Labels: Barack Obama, health care, Larry Kissell