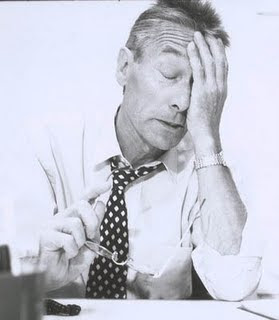 We mentioned a week or so ago that there is no federal shield law for journalists. We were reviewing a movie at the time, a fictional work about a journalist who goes to jail rather than reveal a confidential source that spilled the identity of a CIA spy.

The non-fiction truth of the matter is that since 2001 at least 19 journalists have been subpoenaed by federal prosecutors for information about confidential sources, and four have been imprisoned for refusing to comply, including Judith Miller of the NYTimes who was involved in the outing of Valerie Plame. Prosecutors have also threatened to put two San Francisco Chronicle reporters in jail for reporting leaked grand jury information about steroid use by professional athletes.

Following the Plame affair, legislation began moving in Congress to shield reporters from giving up confidential sources. Former President George W. Bush, that great expander of executive power, naturally opposed the bill, but a strong version has already passed the House and its twin is now pending in the U.S. Senate, introduced by senators Chuck Schumer and Arlen Specter.

Enter the Obama White House, which has sent word to the senators that "it opposes legislation that could protect reporters from being imprisoned if they refuse to disclose confidential sources who leak material about national security." The big problem with that "national security" classification is who gets to decide what it is. Under the expansive definitions of the Bush White House and its g.d. U.S.A. Patriot Act, "national security" can be almost anything. And who's to say when an administration is simply lying about what they're labeling off-limits? Abu Ghraib, anyone?

Instead of breaking with the Bush past, the Obama White House seems content to let the secrecy ride. Boo.

If the American Taliban wants to attack our president on something meaningful, how about this, instead of stoopid stuff like his lobbying for the 2016 Olympics or the complete lie that some religious/civic group is actually praying to Obama rather than to God.

'Course, if the Right Wing did protest the current White House's stance on extending the secrecy prerogatives of The Littlest Bush, we'd probably be forced to point out, once again, their utter hypocrisy.
Posted by J.W. Williamson at 10/01/2009 12:00:00 PM
Email ThisBlogThis!Share to TwitterShare to FacebookShare to Pinterest
Labels: Arlen Specter, Charles Schumer, journalist shield laws, White House secrecy