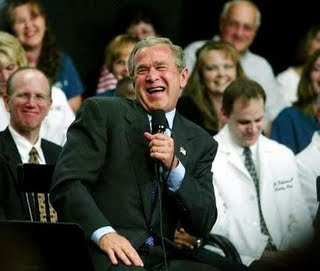 The boorish chortling of conservatives over Chicago's loss of the Olympics in 2016 may end up hurting the Republican Party more than ... say, the last eight years hurt them.

Once again, Republicans seem so bankrupt, so morally uncentered, they're quite content to follow Rush Limbaugh, Glenn Beck, and little Billy Crystal off the cliff in the interests of personal animus.

Their laughter and applause at an American loss may echo down the halls of history a lot louder than their pious, empty posturing on "patriotism."
Posted by J.W. Williamson at 10/05/2009 09:49:00 AM
Email ThisBlogThis!Share to TwitterShare to FacebookShare to Pinterest
Labels: Bill Crystal, Glenn Beck, Republican "brand", Rush Limbaugh