PamsPicks.net was published yesterday, and it's my go-to place for information on every candidate on the November ballot in Watauga County (which includes all the statewide races as well as regional ones for US House and the NC General Assembly). (Not quite full disclosure: I know the researcher reasonably well.)

I'll be borrowing directly from her analyses this week and probably into next week. Yesterday, I published her "take" on the election. Today I begin to share her discussion of the several judge races statewide, which are some of the most crucial contests on our ballot. I've added photographs of the candidates.

Reason for my Endorsement: Dietz and Inman both seem like well qualified and impressive candidates. However, conservative forces who oppose abortion rights, LGBTQ rights, justice for the middle class, increased teacher pay, etc., and who favor continued gerrymandering and suppression of voter rights, only have to flip one Democratic seat on the Supreme Court to take control. In this case, Inman could flip a Republican seat and ensure that we continue to have a legal hedge against the power-grabbing habits of the Republicans in the General Assembly. 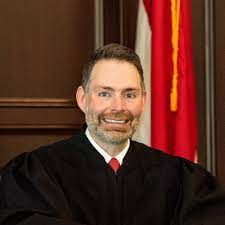 Dietz comes from a mountain family (albeit northeast Pennsylvania), becoming the first in his family to attend college. He went on to graduate first in his class from Wake Forest University School of Law and later earned a master’s degree from Duke University School of Law. He was appointed to the Court of Appeals in 2014 by Gov. Pat McCrory, went on to win in his own right in 2016, and is now trying to move up to the NC Supreme Court with two years remaining in his Court of Appeals term.

Dietz handled a number of high-profile appeals in private practice. He argued on behalf of the Petitioner in the U.S. Supreme Court in Abramski v. United States, a prominent gun law case that addressed the scope of the straw man purchaser doctrine. Dietz’s client lost the case in a 5-4 decision. Dietz also represented a class of hundreds of thousands of Native Americans in several appeals in the Cobell v. Salazar (1996) litigation involving the U.S. government’s mismanagement of Indian trust money.

Dietz previously served as Vice Chair of the North Carolina Bar Association’s Appellate Practice Section and currently serves on the Appellate Section Council and the Appellate Rules Committee. In 2013, he was appointed to a four-year term on the North Carolina Courts Commission, a group of judges, lawyers, legislators, and private citizens who study and recommend changes to the court system. He is a permanent member of the Fourth Circuit Judicial Conference and a member of the Appellate Judges Conference of the American Bar Association.

Dietz’s endorsements include the Polie Benevolent Association and the North Carolina Fraternal Order of Police. 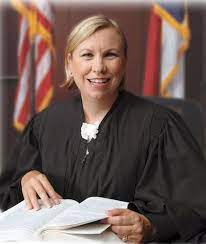 Inman is a graduate of NC State University and the University of North Carolina School of Law. Her first career was as a newspaper reporter. While covering court proceedings, she was inspired to get her law degree. Her first job after law school was working as a law clerk for North Carolina Supreme Court Chief Justice Jim Exum.

Inman was elected to the NC Court of Appeals in 2014, and her term is expiring this year. She ran in 2020 for a Supreme Court seat against Phil Berger Jr., but lost. She’s trying again this year.

From 1992 to 2010, Inman practiced civil litigation in matters including commercial disputes, catastrophic injury, medical negligence, and sexual abuse. From 2010-2014, Inman served as a special Superior Court judge, presiding in hearings and jury trials across North Carolina. She has authored more than 500 appellate opinions and participated in thousands of other decisions.

Inman says, “I’m running for the Supreme Court because North Carolinians deserve justices who decide each case fairly and impartially, free of any political agenda, and without fear or favor.” One  of her campaign ads emphasizes fairness and humanity in the North Carolina Courts.

Inman’s endorsements include, among many others, Equality NC, the Durham People’s Alliance, the National Association of Social Workers, the NC Sierra Club, and over thirty retired and former NC judges.