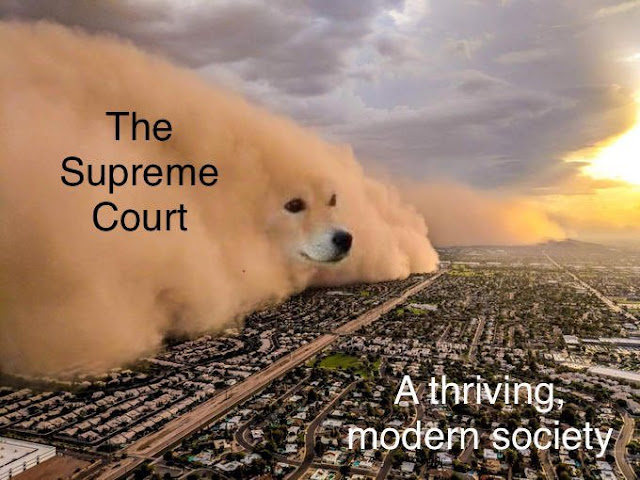 Posted by J.W. Williamson at 10/03/2022 07:43:00 AM
Email ThisBlogThis!Share to TwitterShare to FacebookShare to Pinterest
Labels: Trumpism, U.S. Supreme Court

Roberts is upset that SCOTUS gets no respect? Maybe if the right-wing extremists who have taken over the court and repeatedly lied under oath didn’t show such contempt for precedent and for swearing to tell the truth they would command a little more respect. If Biden had any sense of history, he would have appointed Anita Hill. She’s qualified and is a truth-teller. Maybe her presence would at least make the lying Thomas slightly uncomfortable. And as we return to the environmental degradation which existed before the Clean Water Act and the Clean Air Act, where will all the Republican hunters and fishermen land? There’s nothing “conservative “ about this activist court. Dems need to do some relabeling. Maybe hire Frank Luntz to show them the way.