What Are the Most Flippable NC House Districts for 2020? 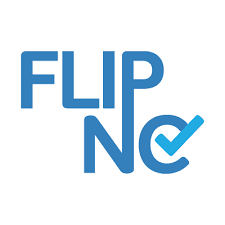 Catawba College Political Scientist Michael Bitzer has obligingly produced the first analysis of possible partisan outcomes from the most recent court-ordered redistricting in North Carolina. He's a numbers guy, and his numbers give me the first glimpse into the 2020 crystal ball. Here's his criteria for labeling the new (and the old, unchanged) districts for the NC General Assembly:

I'm using Bitzer's tally but only concentrating on the NC House districts today (will return in coming days to Bitzer's analysis of the Senate districts).

One other Democrat -- former chief district court judge Scott Brewer in the 66th -- currently occupies a "lean" Republican seat (but it's down in the middle of the state -- Montgomery, Richmond, Stanley). Brewer was just appointed to the seat last May after a resignation, and he'll also have to muster the troops in 2020.

"Competitive But Democratic Favored"
The only Republican in such a district was Greg Murphy, who just won a seat in the US Congress (NC3) in a special election on September 10. So far the Republicans in Pitt County have not chosen an appointee to fill the District 9 seat. This will be a major pickup opportunity for Democrats next year, and with progressives still smarting there that Twitterman used an arena at East Carolina University to make "Send Her Back" infamous worldwide, we'd expect a healthy Democratic primary next March.

"Competitive But Republican Favored"
These districts will likely be in the eye of the 2020 storm. These are the "flippable" districts, six of them occupied currently by Republicans but four of them currently by Democrats.

Charles Graham, Dist. 47, who won in 2018 with almost 59% of the vote but whose district has been made more Republican obviously by the redraw. He's been in the NC House since the election of 2010.

Elmer Floyd, Dist. 43, who won in 2018 with a whopping 74% of the vote but whose district is now considerably more Republican.

Jon Hardister, Dist. 59, who beat Democrat Steven Buccini with 56% of the vote.


If I were in the candidate recruitment business, I'd be looking especially hard in those last six House districts for a prime-time-ready Democrat who can raise money and generate enthusiasm.

Posted by J.W. Williamson at 9/19/2019 09:07:00 AM
Email ThisBlogThis!Share to TwitterShare to FacebookShare to Pinterest
Labels: 2020 Blue Wave, Michael Bitzer