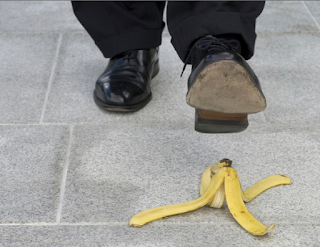 Well, at least the Trump Administration has become now the most hilariously gaff-prone laugh-riot available on TV. Best example from the last 24 hours:


The White House also accidentally blasted out all their Wednesday talking points to Democratic congressional offices — including to House Speaker Nancy Pelosi (D-Calif.) — and then sent a follow-up message trying to “recall” their mistake. The talking points included attacking Democrats in Congress for “damaging our national security for political gain.” [The indispensible Ashley Parker, Josh Dawsey, Philip Rucker]

The part I love most: The follow-up email message from the White House. We don't have a transcript of that. We can only guess: "Uh, please delete our last message, or just don't share. Do not copy. Do not print out and distribute. Okay? Please hit 'Reply' and let us know you've read this message and will follow its directives. Okay?"

Arrogance certainly relishes its own blindness: According to Parker, Dawsey, and Rucker, some of Trump's most trusted advisers think "the impeachment show" will only help him in his reelection. “Are they nuts?” asked Christopher Ruddy, a friend of Trump and chief executive of the conservative Newsmax website. “People can’t underestimate the amount of bad advice he gets from people who are not strategic thinkers.”

Gosh, I even remember the genius move of firing James Comey. That was Jared Kushner's brilliant idea, wasn't it? It was going to wow the Democrats and show Donald J. Trump in his most native habitat: "You're fired!"

Stable genius, assisted by several other maybe less stable geniuses, came up with the bold plan of putting out yesterday's memorandum containing the "notes" from the Trump-Zelensky phone call (not a transcript of the call, but notes, which is different from what I thought yesterday). This gang of geniuses thought yesterday's release would be exculpatory. No, really. About a dozen of Trump's most loyal defenders in Congress were summoned to the White House to get a preview of the notes. Some thought it revealed "one of Trump's better phone calls" with a foreign leader. "Privately, Trump did not believe his conversation with the Ukrainian president was problematic, according to four people with whom he spoke" (Parker et al.).

So, feeling arrogant and untouchable (but really falling into the blindness of pride), Trump released his memorandum notes of the phone call with Zelensky, and the freakin' dam broke.

It's like a mountain freshet, and it's going to take out a lot of snug dens before it reaches the bottom of the incline.

Posted by J.W. Williamson at 9/26/2019 09:02:00 AM
Email ThisBlogThis!Share to TwitterShare to FacebookShare to Pinterest
Labels: Donald Trump, impeachment