Statement from Rep. Ray Russell on the Core Dishonesty of Republicans in the NCGA 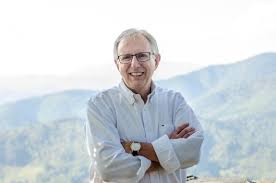 House Republican leaders intentionally deceived House Democrats, the press, and the public about a session held at 8:30 AM, September 11, 2019, and they rammed a vote on the state budget through the House.

At the end of a non-voting session Tuesday night, the House Rules Committee Chairman Lewis, who presided over the session, told Minority Leader Jackson that no votes would be taken in the 8:30 AM session Wednesday. The Minority Leader communicated this information to House Democrats via email.

Rep. Lewis also texted reporters that there would be no votes in the 8:30 AM session Wednesday. (Copies of the text have circulated widely in news reports and social media.) I presume the purpose was to keep reporters from being on the floor to cover what would happen.

To add context, the House has scheduled scores of “No Vote Sessions” since January. This is normal operating procedure to dispense with parliamentary procedures that do not require the presence of members.

Wednesday morning, 55 Republicans arrived along with only a handful of Democrats (who were there only because of 9 AM Finance Committee Meeting). The House Speaker rammed through a vote on two veto overrides in minutes, including the state budget. He refused to allow any Democrats to speak on the bill (which would have given time for most Democrats to arrive). A video of what happened is available on social media. [Click here for the video]

House Democrats have been incredibly vigilant in being on the floor and ready to vote on every occasion a voting session was called. Members have been there in spite of surgery, cancer treatments, family crises; they have missed vacations, family time, you name it. House Democrats have been here. Personally, I had NOT MISSED EVEN ONE VOTE since January until today when this deceptive vote was taken.

The two most contentious items have been House Bill 966 (the committee report on the state budget vetoed by Governor Cooper) and House Bill 655 (Medicaid Expansion). Both of these bills have been on the House Calendar since July 8. House Democrats have hung together tenaciously in favor of Governor Cooper’s compromise proposal. Neither vote has ever been called … until 8:30 AM, September 11, 2019.

House Democrats could not be beaten in a fair, honorable process. Instead, House Republicans resorted to a level of deception unprecedented in NC History.

So the veto override goes to the NC Senate. NC Senate Democrats are committed to the same principles as House Democrats and will take up the cause.

Who loses because of today’s deceit? Democracy lost. The institution of the House of NC lost. Integrity lost. Honor lost. Honesty lost. But more importantly … people in the Medicaid Gap lost. Children lost. Teachers lost. Most state employees lost. Schools lost. Communities lost. And finally North Carolina lost in that House “Leadership” stooped to a new low get their way.

Remember, House Democrats received over 51% of the vote statewide in 2018. These 65 Republican are in control in spite of getting a minority of North Carolinians’ votes.

On what was supposed to be a Day of Remembrance, the actions of House Republicans dishonored the day and every person who has sacrificed for freedom and democracy. Their action was a sneak attack, dishonest at its core, and not worthy of the people of North Carolina.

North Carolinians deserve better.  As your representative, I will continue to work for a better state and a better House of Representatives.

Thanks, Ray. Your honesty and service are appreciated.

The Republican action was it's own form of terrorism. It's beyond comprehension ... and for Lewis to deny he said "no votes." What have we come to??

I used to think Michelle Obama's quote, "When they go low, we go high," was good advice. I no longer do. If Dems continue to expect honorable behavior from the Republican scoundrels, we will remain out of power and the people of NC will suffer. It's time to realize we are in a rotten situation and must be proactive if we are to break their corrupt control over NC.

Moore is short in stature, Moore is short in morality. Every Republican representative that was a part of this should be replaced. I will work to see that they are. This was the work of low-lifes. This is unacceptable. This is truly shameful. What happened here should be spread all across the United States. How low can the state GOP leaders go? Definitely lower than a snakes belly.

Talk about trickle-down: the injustice, blatant lying, deviousness, anti-democratic behavior, and toadying to the rich and the RWNJs that their Dear Leader exhibits every day in DeeCee have shown up at the state level everywhere his party is in control. They love to catch Democrats flat-footed and two steps behind in every political fight. Yes, there are a lot of decent Democrats who somehow think "cooperation," "bipartisanship," and "compromise" are words that still have meaning. No. Not till our party makes the rules, sets the agendas, and controls the levers of power.

This is almost as bad as providing millions in perks to two US Senators, Nebraska and Louisiana, to change their votes and get Obama Care passed.