The Fog Infesting the Forsyth and Guilford County Boards of Election 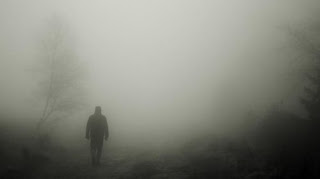 Seems pretty clear from investigative reporting by Travis Fain at WRAL that the staff at the State Board of Elections (SBOE) failed to follow the law and did not test the source code of new electronic voting machines that have been certified by the SBOE but whose security may be porous.

We read just this morning that the Forsyth County Board of Elections has decided to buy ES&S voting machines, the ones much criticized for producing a bar code that cannot be read by a normal voter (nor verified as accurate, apparently). At which we did a double-take. Whaaaa? Don't the members of the Forsyth County Board of Elections (Republican members, you are excused from this test by teacher), don't those public servants in charge of fair, free, and honest elections read the news? Don't they know the considered opinion of election computer software experts that the ES&S machines -- especially those -- can't necessarily be trusted.

Not just in Forsyth is there an emerging problem with the safety of the next General Elections. It's happening in Guilford County, too. Two days ago, according to reporting by Taft Wireback, the Guilford BOE seems to have been poised to also choose the ES&S hardware, but the attendance of many citizens (even at a 2 p.m. meeting) who argued against those machines, and the concern of at least one Guilford BOE member, persuaded the 5-member board to postpone its decision until next week.

Don't know if in the meantime those members will be seeking the opinions of election machinery experts, but they should. However, their past record doesn't argue for it. A majority of that board apparently wanted to get dispensation from the NC General Assembly to continue to use their old totally hackable electronic voting equipment in 2020-- machines now ruled by statute as banned from use in NC. That expressed desire to keep being foolish about election security amounts to the reckless disregard for the rights of voters.