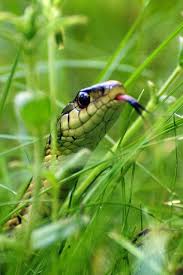 I don't know. I don't trust the bastards, after all they've schemed to do to tilt the judicial system in North Carolina to their favor.

But former Court of Appeals Judge Doug McCullough (a Republican, just incidentally) says the newest bill is a good idea, and I tend to trust Judge McCullough ... because of this recent history.

Anyway, three Republican state senators have introduced a bill in Raleigh to reverse a court-meddling bill the Republicans just passed in early 2017. At that time they decided to reduce the size of the state's Court of Appeals from 15 to 12 judges, mainly because mandatory retirements were going to allow Democratic Gov. Roy Cooper the ability to name replacements for a couple of Republican judges on that court (Doug McCullough being one of those).

Now Senate Republicans want to repeal that law and restore the Court of Appeals to 15 judges. One of the chief sponsors for the reversal is Sen. Ralph Hise of Spruce Pine, a man whose ethics have been widely questioned for years, so naturally I'm suspicious of his motives.