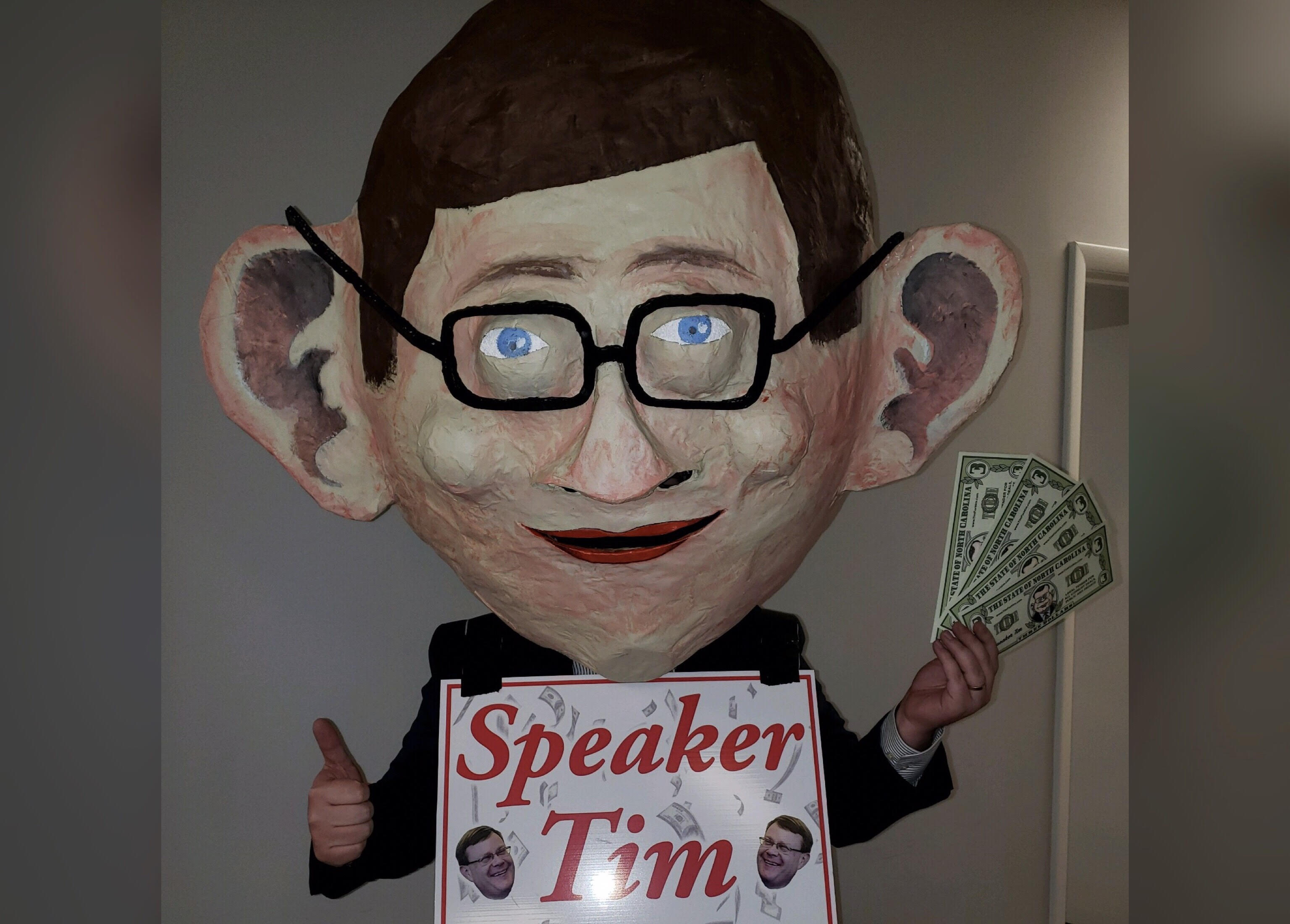 A satirical new website, "Tim For Him," launched yesterday, highlighting the numerous displays of public corruption that NC House Speaker Tim Moore is currently mired in. An impersonator wearing a giant cartoon head (above) held a press conference outside the legislature in Raleigh yesterday morning and handed out three-dollar bills featuring a caricature of Moore.

The group is highlighting a history of apparent corruption:

Posted by J.W. Williamson at 2/26/2019 09:11:00 AM
Email ThisBlogThis!Share to TwitterShare to FacebookShare to Pinterest
Labels: Tim Moore