Tom Shanahan, The Man at the Top of Disallowing UNC System Student IDs for Voting 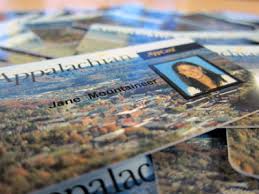 In our attempt to discover what specific concerns AppState Chancellor Sheri Everts has with the "attestation form" discussed extensively down-column, we have been told multiple times by ASU's Chief Communications Officer that Chancellor Everts has never received the form. (For a university leader who has never received the form, she's not been shy in raising specific objections to various parts of the language in the form.)

What Everts' spokeswoman means, apparently, is that the form has never been officially delivered from the man who has been holding onto it, Thomas C. Shanahan, Senior Vice President and General Counsel for the UNC System. Has Shanahan failed to provide a copy of the attestation form to all the chancellors of the constituent universities? If not, how can those same chancellors assert the supposed ways in which their universities cannot comply with the form when/if they have not yet received it? And why haven't the chancellors simply asked for a copy? (We were able to get it in short order from the State Board of Elections and reproduce it once again below.)

Shanahan received the form from its authors at the State Board of Elections with a commitment it would be distributed to all the universities. Instead, Shanahan has kept it to himself (though clearly everyone on this green earth has seen it by now). He has then clearly issued talking points and orders to chancellors, generic talking points that obviously don't apply to all institutions.

(Note: When the voter photo enabling law was being discussed in the General Assembly, according to Gerry Cohen who was often in the room, he heard "representations" that "student IDs would comply" with the new requirement. Who made those representations? Someone from Tom Shanahan's office? Inquiring minds want to know.)

You have to ask yourself, "Why would Shanahan hold onto the form?" That question was partially answered on Friday when Shanahan told a gathering of UNC faculty that none of the constituent universities could meet the requirements. None? Shanahan emphasized the few institutions that allow students to submit "selfies" for the photo on their IDs, but that's not nearly all including AppState (which takes official ID photos at a secure location).

We hear that Shanahan is planning a press conference this week to announce his decision that no UNC System photo ID will work for voting. He's laying down his interpretation of the law in an authoritative way, backed by a conservative-majority Board of Governors who have their own authoritative issues and who have displayed open hostility to student rights including the right to vote and who apparently have no problem setting up the 16 chancellors as collateral damage.

People need to be at that press conference. We'll let you know when we see it announced. 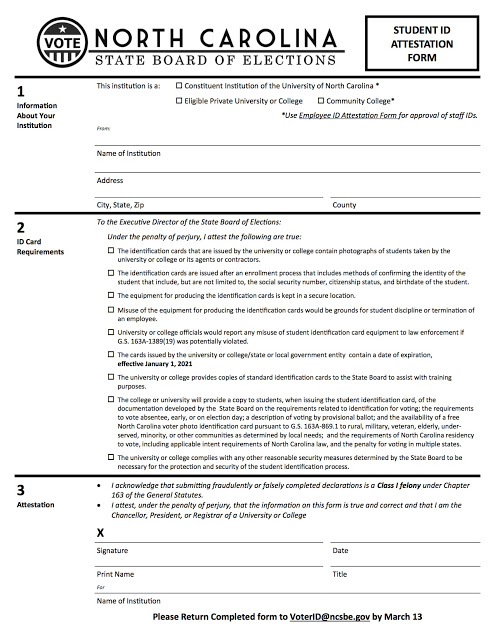