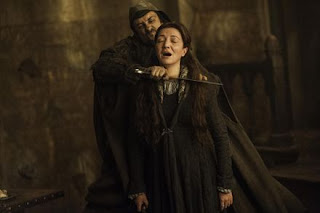 You know how many transformations the state Board of Elections (SBOE) has gone through since the Republicans seized power, each change either an attempt to seize more power or an attempt to lessen the sting of a negative court decision. Same for local county boards, currently at an impasse with 2 Dems and 2 Rs.

The most recent new legislation will take all boards of election back to majorities "of the party of the governor," with 5 members on both the SBOE and all county boards (majority of 3 Dems on each).

The problem has been down in the 9th Congressional District, where the putative election of Reverend Mark Harris has not been certified because of an investigation into ballot fraud. In the meantime the previous composition of the SBOE, which is holding Harris's certification, was supposed to expire weeks ago -- the 4 Dems, 4 Rs, 1 Unaffiliated iteration (with both Stella Anderson and Four Eggers of Watauga County representing the major parties). The 3-judge panel which ruled the current iteration unconstitutional had extended the life of the board twice, to give it time to rule in the Harris case.

Apparently, late this week, the 3-judge panel ran out of patience and refused to extend its stay for the dissolution of the 4-4-1 SBOE. The staff at the SBOE yesterday (a little after 3 pm) sent out this announcement:


Today at noon the State Board of Elections and Ethics Enforcement ceased to exist after the three-judge panel in Cooper IV refused to extend the stay. The parties to the lawsuit had unanimously requested that the court extend the stay to allow the Board to conclude its investigation into irregularities affecting the 9th Congressional District.

Effective January 31, Session Law 2018-146 establishes a five-member State Board of Elections and eight-member Ethics Commission. Once appointed, County boards of elections will be made up of five members.

The governor and legislature appear to disagree on what happens to the board in the meantime. It is our view that the agencies go back to the way they were in 2016, prior to the legal changes that were struck down. This means the governor could appoint five board members from lists provided by the parties. These board members would serve until January 31. [emphasis added]

What this means is that for the moment county boards of elections do not have appointed members and therefore may not meet or conduct business.

We understand that Governor Cooper intends to appoint a 5-member SBOE on Monday that will conclude the Reverend Harris circus and that he has invited the two parties to make nominations immediately. We understand that Dallas Woodhouse and his GOP gang are claiming the governor has no such power (didn't Berger/Moore take all his power away, and if they missed this little piece, it was merely an oversight). So the Republicans might sue, and they might lose. We expect they will.

FOOTNOTE: The ballot fraud investigation in the NC-9 has become ever more Byzantine, and I gave up a long time ago summarizing every new piece of news about it. The SBOE hearing on the case is scheduled for January 11th, and I may be there to witness it. I suspect a lot of other people will be there too.

FOOTNOTE: The Rev. Mark Harris campaign yesterday filed in Wake Superior Court an emergency petition to certify his election. That won't work, as the courts can't take that power from the body endowed with it, and the Democrats in the US House have no intention whatsoever to seat Harris until the investigation into fraud is complete.