Rounding Out the Cast for the Movie "Absence of Ballots; Or, Bladen Runner"


Completely forgot about three other key roles in our movie version of election fraud in the NC 9th Congressional District (see the rest of the cast in the last post down-column): 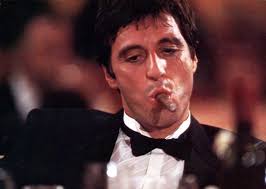 NC Republican Party Executive Director Dallas Woodhouse needs an especially accomplished thespian to capture the arrogance underlaid by mounting panic. There's only one actor for it (though he's a little old) ... Al Pacino. He can suck all the oxygen out of any room, he can weld iron with his voice, and he can veer from snarling aggression to self-flagellating consternation in the same short scene. (The press conference Woodhouse gave immediately after the scandal broke was an amazing show of grating aggression aimed at both the State Board of Elections and the NC DemsParty, yet two days later he was admitting that he had to throw up he was so upset by what was becoming public about the activities of McCrae Dowless (Steve Buscemi).) Pacino can play a bully, including one who gets tapped in the forehead and falls to vomiting. First draft of the movie features Woodhouse infrequently -- a side character -- but the finished plot may take a third-act twist that will fully engage the talents of Mr. Pacino. 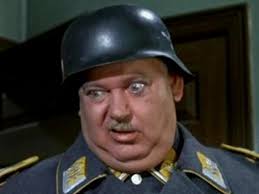 Red Dome Group founder Andy Yates, the man who hired McCrae Dowless and who became hard to get hold of as this scandal unfolded. He appears on his company website as a chuckling hobbit -- here's a photo of the real Mr. Yates. That infectious good humor  may be and probably is a useful mask for a calculating horse-trader. The real Andy Yates has had a paid hand in many campaigns as a Republican consultant/operative, and he appears to be successful. His biggest contract ever was with the Mark Harris (Bruce Greenwood) campaign this year (some $500,00 counting the May primary, which included money to hire the very talented McCrae Dowless (Steve Buscemi). Whattayathink? Kevin James ("Paul Blart, Mall Cop") for this part? He's a professional actor. He might well play both jolly fatboy and sly schemer simultaneously. Should we give him a chance at a serious role with a potentially deep dark side? (The Secretary of State's Office administratively dissolved the Red Dome’s incorporation as of August 2017 for failure to file required annual reports. Yates himself bought $2,000 in "sponsorship advertising" at the Annual Leadership luncheon put on by the nonprofit NC Free Enterprise Foundation (NCFEF). Red Dome Group failed to show up for the luncheon on December 5th, and NCFEF director Jonathan Kappler said he didn't expect he'd ever see the money. Red Dome's world appears to be collapsing. Carolyn Justice, who was listed on the website as Red Dome's "lead consultant," told the Charlotte Observer that she had no idea who McCrae Dowless was "because I did not work on the Harris campaign." Her name and photograph has now disappeared from the Red Dome website. The only thing Yates has said to the press about the whole election fraud scandal: "I had no idea what McCrae Dowless was doing for his money."

NC State Board of Elections Chair Joshua Malcolm. I really can't see anybody in this part but Sir Ben Kingsley. Smart, relentless, calculating in his own right, he's the character that blew up the certification of Mark Harris in the first place and launched the investigation that may yet end with a brand-new election (including primary). He can be tough. He knows the law. He knows the ever-loving history of Bladen County, and he's already acquainted with Mr. Dowless (Steve Buscemi). He's playing chess all the time. He has a low and reassuring voice, but he can cut to the quick like a striking mamba. Beware his formal politeness if you're a character in his cross-hairs. He also likes to deal. This essential character part in our movie will grow, especially in the inevitable climactic hearing by the SBOE either to certify Mark Harris or hold a new election. Think of Sir Ben Kingsley presiding at that hearing.

Are you trying to be funny? You should probably just stick to your regular propoganda.