The NC Republican That Other Republicans Are Hating On


Immediately down-column, see the posting about how the NC Republican Party's attempt to screw with judicial elections has bitten them in the butt. The supremely important Supreme Court seat has two Republicans running against one Democrat, because the Overlords eliminated judicial primaries this year.

The incumbent Republican Justice, Barbara Jackson, veers partisan, so she's anointed by the state party. The other Republican, Chris Anglin, calls himself a "constitutional Republican," so he's the object of hatred. Get a load of what Dallas Woodhouse said about him.

Anglin is a brand new Republican, but so what? A constitutionalist young lawyer can have a sudden conversion experience. It's happened before. In fact, the ranks of Republican elected officials in North Carolina is stuffed with former Democrats. So get over it, Mr. Woodhouse. You guys eliminated primaries that might have weeded out Anglin for the sake of your chosen one, Barbara Jackson. (And see "A Message About Just Desserts" below.)

Barbara Jackson got on the Court in the Tea Party wave of 2010, getting just over 51% of the vote. Here's what Ballotpedia found out about her partisanship:


In October 2012, political science professors Adam Bonica and Michael Woodruff of Stanford University attempted to determine the partisan ideology of state supreme court justices. They created a scoring system in which a score above 0 indicated a more conservative-leaning ideology, while scores below 0 were more liberal.

Jackson received a campaign finance score of 0.76, indicating a conservative ideological leaning. This was more conservative than the average score of -0.01 that justices received in North Carolina.

The study was based on data from campaign contributions by the judges themselves, the partisan leaning of those who contributed to the judges' campaigns, or, in the absence of elections, the ideology of the appointing body (governor or legislature). This study was not a definitive label of a justice, but an academic summary of various relevant factors.

She claimed in 2010, on a questionnaire from IndyWeek.com, "I have always sought to follow my judicial philosophy, which is grounded in the fact that North Carolina's Constitution contains a mandatory separation of powers clause." Mandatory separation of powers, yes. But when it came to the Phil Berger power grab that took away Governor Cooper's ability to appoint the state Board of Elections, Barbara Jackson voted her partisanship.

If I am reading her language correctly, she was sending a clear message at a joint Federalist Society/John Locke Foundation candidate forum in September 2010 that, as far as she was concerned, Berger and the other Overlords could do as they please: “My judicial philosophy is that I believe it’s up to judges to judge and leave it to the legislature to legislate,” she said. “I don’t think the courts should act in the role of a super-legislature, and I tend to take a very narrow view of the court’s role.” 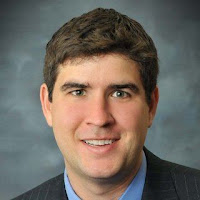 Who Is Chris Anglin?
He's a 32-year-old leader of his own law firm in Raleigh, Anglin Law. He went to Wake Forest University as an undergraduate, then Elon University School of Law for his law degree. He's tried cases in both North Carolina State Superior Court and Federal Court. In 2014, he was selected for the North Carolina Bar Association's Leadership Academy.

Anglin told Jim Morrill and Anne Blythe, "I filed as a Republican to ... stand up for the independence of the judiciary," he said. The North Carolina judiciary has been "under constant assault," he said "This is not a trick by the Democrats .... I didn't think I could sit on the sidelines any more and not take action."

Now, a Message about Just Desserts
Courtesy of Jim Morrill and Anne Blythe:

For several years, the Republican-led General Assembly has made many changes to the courts that rule on the constitutionality of laws. Since 2011, the lawmakers taking North Carolina on a sharp swing to the political right have seen many of their laws overturned in court.

This year, they talked about sweeping changes to judicial districts and adopted a proposal to ask voters to amend the state Constitution so the two leaders of the General Assembly control what names the governor must consider when filling vacancies on the benches of the state courts.

They also considered asking voters to abandon the election of judges, but stopped short of that. Last year, they did away with primary elections for all judicial races this year.

The state Democratic Party went to federal court in an effort to stop that. Attorneys argued that without an election to winnow the field of candidates in the first year in decades that all judicial elections are partisan, the party would not have a way to let voters know its candidate of choice on the November ballot.

Republican lawmakers also changed the election rules for 2018 so that any candidate could declare affiliation with a party 30 days before filing notice of their candidacy.

Democrats argued in court that could lead to shenanigans. For example, they said, someone could file in their party but not really represent the platform.

Chris Anglin may not represent the party platform, but he sure enough represents an even older truth: You gonna reap what you sow!