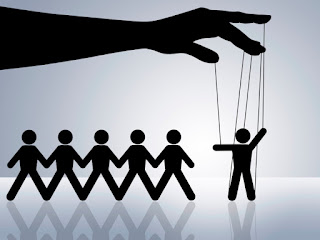 You too can read the "unclassified summary" of "Assessing Russian Activities and Intentions in Recent US Elections." I've spent some time with that this morning. It's only 25 pages.

2. The Russians acted to help make that happen. American intelligence agencies intercepted communications in the aftermath of the election in which Russian officials celebrated and congratulated themselves on the outcome.

3. Donald Trump has continued -- as recently as this morning -- to deny, to excuse, to minimize, to obfuscate, to deflect, and to defend not our intelligence agencies but Vladimir Putin.

I can think of only one reason for # 3. Donald Trump knew all along what was going on and is now part of the attempted cover-up.

As far as I'm concerned, he's no longer just an ignorant buffoon. He's a traitor. He's an illegitimate president. He's a threat to our American democracy.

Former CIA Director James Woolsey Jr., who up until Thursday was a top advisor to Trump on intelligence matters, evidently got a stomachful of the lying Russian puppet. Woolsey resigned from the Trump transition team because he was being excluded from discussions on intelligence policy. His advice was being ignored, and he had become increasingly restive with a PEOTUS who totally confuses twittering with sober and complex thought.

Posted by J.W. Williamson at 1/07/2017 10:29:00 AM
Email ThisBlogThis!Share to TwitterShare to FacebookShare to Pinterest
Labels: Donald Trump, Vladimir Putin

Look at who else is minimizing and excusing Russian interference in our elections -- even suggesting that the U.S. is just as bad ... Senator Thom Tillis!

Also
From Intelligence Community Assessment report
"We assess Russian intelligence services will continue to develop capabilities to provide Putin with options to use against the United States, judging from past practice and current efforts. Immediately after Election Day, we assess Russian intelligence began a spearphishing campaign targeting US Government employees and individuals associated with US think tanks and NGOs in national security, defense, and foreign policy fields. This campaign could provide material for future influence efforts as well as foreign intelligence collection on the incoming administration’s goals and plans."

Thank God Putin got Trump elected or we would have the Whore of Babylon as President in a few days.

Do you really think the that if the Russians are doing a "spearfishing" campaign now against Trump that they wouldn't be doing it against Clinton?

As usual. Weak one line epithets instead of a reasoned response.

Asking again, does anyone think that the Russians would not be doing the same thing to Clinton if she was elected?

The thing is, the result of any "hacking" was that the corrupt DNC, in concert with the Clinton campaign had some of their emails exposed. The truth about what they were doing to screw Bernie Sanders is what sunk them!

It's laughable that Clintonistas complaian because their improper actions were exposed. Would it be better for Americans to have less knowledge about the people they are choosing their leaders from?

Keep talking, you trolls from The Watauga Conservative. I'm learning a lot about your grasp on ethics and morality. There really is no America for you, only Republicans and Democrats (or conservatives and "Libtards"), and anything done to America that hurts liberals is fine by you. Got it.

Voters finding out the truth about Dem politics and Clinton tactics is a bad thing?

All of the democrat emails released by Wikileaks were real, not manufactured. From them big doners found out how they were ridiculed and played by the dems. Voters found out how petty and stupid their party apparatchiks really were, and how Sanders was destroyed from within by his own party to promote the warmonger Clinton.

It was a bad thing, for the party elites.

We get it! You're glad glad GLAD that a foreign thug interfered in our election because it caused embarrassment to your current political enemy. That's situational morality on steroids. And about as dangerous a blind eye as you can have in this world.

Situational morality is a Democrat standby, and I don't hear you bleating about how we interfere in other countries elections.

That's where we are now with you people.

Nobody is supporting Russian's "hacking" of anyone's emails. If the information revealed by the hackers caused Hillary to lose the election, then it is because of the information revealaed - not the fact of the hacking.
Liberals seem to suggest that unethical, even criminal, behavior is ok and that voters should not be aware of the behavior.

When the conduct of the Dems is not defensible, then put up a straw man to attack instead.

Hillary may have been defeated because Americans found her untrustworthy, unethical, dishonest, etc. Some of you want to set that all aside - "We know she's a crook, but you shouldnt consider that because 'Russians hacked Pedesta's emails".

What will be your tune when Vladimir reveals the RNC/Trump hacks? Trump dances to Vladimir's tune and so, now, do you.

Any dirt there could possibly be on Trump has probably been found out by the DNC and the Clinton campaign. I can't imagine that the DNC hadn't been expending tremendous resources to find whatever could be used against Trump before the election.

With Podesta and the DNC emails it was RIPE for the picking, especially with Genius Podesta's email account.

I will remind the democrats that the evidence for Russia hacking is far less than the evidence against Hussein, for which Clinton voted for us to go to war against. This whole blame Russia for hacking thing is too similar to what happened with Iraq which lead to a war that is still being fought.

DemoRex..you can't possibly be as stupid as your posts would indicate. I think you must kist be trying to make it look as if Democrats don't understand anything!
Once again...NOBODY support Russia hacking our emails. At least nobody that I have seen posting here. It still doesn't change the fact that the Dems stole the primary from Bernie Clinton and that the Democrat primary process was a rigged game. It also doesn't change the fact that Hillary is an unethical, unscrupulous, dishonest liar and that is what cost her the election.

Putin didn't cost the Democrats the election, Clinton did.

Anonymous 11:03 - you clearly have not read the report. Hacking emails is not the same as hacking the election. ('Hack' is becoming a rather imprecise term for the activity involved.)

What the report discusses is the deliberate campaign of disinformation waged by Russia to influence the election...that disinformation was designed to paint the picture that (to quote you) "Hillary is an unethical, unscrupulous, dishonest liar". Obviously, the campaign worked (loc. cit.).

Blame Russia or Putin, I beleive the Oligarchs are the force behind the external influence on our nation's election. After all, who really runs Russia. Who is increasingly in control of the USA? Cut from the same cloth.

"What will be your tune when Vladimir reveals the RNC/Trump hacks?"

Maybe hard to do with Trump, he doesn't email.

"DemoRex..you can't possibly be as stupid as your posts would indicate."

I feel so stupid.
http://www.thedailybeast.com/cheats/2017/01/10/buzzfeed-trump-caught-in-perverted-sex.html?via=desktop&source=copyurl

Wolf's Head, good to see your back from you Rhodesian vacation

And then he goes on to link to a fake news story!

(PS is this guy actually the former "LPOV"? Or, are there 2 people this stupid out there posting on blogs?

Concerning the above article, from Zero Hedge quoting the NYT....

"And the punchline, where the NYT essentially accuses both CNN and BuzzFeed of stooping to the level of "fake news" disseminators:

Of particular interest was the use of unsubstantiated information from anonymous sources, a practice that fueled some of the so-called fake news — false rumors passed off as legitimate journalism — that proliferated during the presidential election."

"Meanwhile, the NYT held off for one simple reason: "In a brief interview in the Times newsroom on Tuesday evening, Dean Baquet, the executive editor of The Times, said the paper would not publish the document because the allegations were “totally unsubstantiated.” “We, like others, investigated the allegations and haven’t corroborated them, and we felt we’re not in the business of publishing things we can’t stand by,” Mr. Baquet said."

Anyone who believes in progressivism will believe in anything.

Prove it's fake!! Use your own standard!

It's good to see you consider NYT a credible source.

"Totally unsubstantiated" does not mean untrue.