Alice laughed. 'There's no use trying,' she said. 'One can't believe impossible things.'

'I daresay you haven't had much practice,' said the Queen. 'When I was your age, I always did it for half-an-hour a day. Why, sometimes I've believed as many as six impossible things before breakfast.'

1. Our new governor Roy Cooper announced that he will file the paperwork tomorrow to expand Medicaid in North Carolina under the Affordable Care Act. As many as 650,000 working people who can’t get private insurance or otherwise make too much to get Medicaid could benefit, generating jobs, helping rural hospitals, and boosting the economy. GOP legislative leaders said Cooper would be violating state law if he went forward. Cooper replied that the 2013 NC General Assembly law banning Medicaid expansion intrudes upon a governor’s “core executive authority” to accept federal funds and look out for the public’s health. 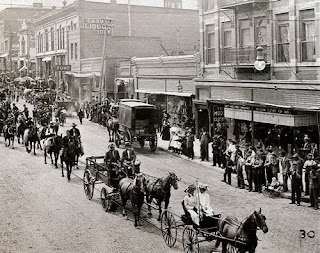 2. Donald Trump has formed a united front with Julian Assange in claiming that the Russians did not hack emails in order to help get Trump elected president.

4. Franklin Graham has converted to veganism.

5. After a contentious closed-door meeting between Republican senators and Vice President-elect Mike Pence over how and when to repeal Obamacare, Sen. Thom Tillis (R-N.C.) said, “What we [Republican senators] own is the responsibility for getting something that can actually improve health care. That was the message that was coming across in the meeting today.”

6. People who live very near busy roads may be more susceptible to dementia.