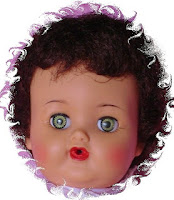 Betsy DeVos had her confirmation hearing last night to become Trump's education secretary, and it was conducted by the Republican chair of the committee like tiptoeing past a cave full of dozing  vampires as the sun goes down. Chair Lamar Alexander limited the questioning to one 5-minute round per senator. Yeah, that's a thorough vetting.

A super-rich former chair of the Michigan Republican Party and no friend of public education, DeVos has not yet completed her paperwork for the Office of Government Ethics, which is responsible for vetting presidential nominees for potential conflicts of interest.

She declined to take a position on whether guns belong in schools, and she said that if President Trump wanted to end gun-free zones around schools, she would go along with him. She wouldn't commit to aggressive anti-rape policies on college campuses.

She seemed completely misinformed about federal law which requires states that take federal funding to provide children with disabilities the services they need to benefit from a public education. Not just misinformed. She expressed actual hostility toward that idea, saying the individual states should decide what they're willing to do for disabled students. “So some states might be good to kids with disabilities, and other states might not be so good, and then what? People can just move around the country if they don’t like how their kids are being treated?” Sen. Tim Kaine asked her.

This is unbelievable. I am sitting watching the hearing of DeVos and crying. I'm crying for my autistic students, for my learning disabled students, for my students with all disabilities. If you are a parent of a student with a disability you MUST, for your child, call and demand that Sen. Burr not confirm her even though she was one of his largest donors.

Posted by J.W. Williamson at 1/18/2017 10:10:00 AM
Email ThisBlogThis!Share to TwitterShare to FacebookShare to Pinterest
Labels: Betsy DeVos, public education