Berger-Moore: "Let's Make a Federal Case Out of It!" 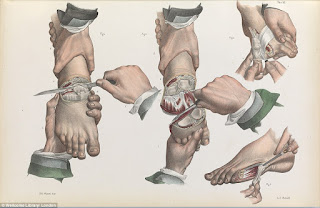 So newly sworn-in Governor Roy Cooper immediately took steps to expand Medicaid coverage to 600,000 North Carolinians who are still without medical insurance, and this past Friday, Phil Berger and Tim Moore, Republican leaders in the NC Senate and House, filed a federal lawsuit to stop the expansion of Medicaid coverage to 600,000 citizens, and they got Judge Louise Flanagan to put a temporary halt on Cooper's plan.

Wait! Federal lawsuit? Berger-Moore are suing on the basis of state law -- that Roy Cooper can't expand Medicare coverage under the ACA unless Berger-Moore say, "Yes, you may." Berger-Moore passed a law back in 2013 saying, "Obamacare, stay the hell out of North Carolina!"

As Rick Glazier points out, the lawsuit belongs in the state courts, but Berger-Moore are going to great lengths to keep the case away from state judges. The named defendant in the Berger-Moore lawsuit is the US Department of Health and Human Services, which has made no decision on Cooper's application. Why didn't Berger-Moore sue Gov. Cooper for the action that he took rather than the federal agency which has taken no action? You can't litigate something that hasn't happened.

The answer for why a federal lawsuit speaks to the fix that the NCGOP is in. It owns only one of three branches of government now, instead of the three that they owned on December 31, because they not only lost the governorship. They also lost the NC Supreme Court.

So, of course, they don't want to be eventually in front of those five judges! Not with the General Assembly's recent track record!

Their legal strategy apparently worked as they have persuaded a federal judge to issue a temporary restraining order. I suspect they knew that a federal agency is much more likely to obey an order from a federal judge than the Governor and the Democrats on the state Supreme Court are to follow NC state law.