Memo To: The Rest of America; From: North Carolina -- "We've Already Lived Through What You're About To Experience!" 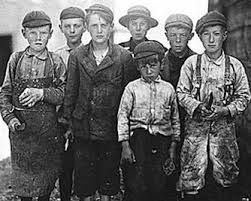 The cutting-edge conservatives in the North Carolina General Assembly got the governor who wouldn't oppose them in 2012, and they really went to town on the progressive history of the state. The educate-for-the-future state became the stuck-in-tar state. Tar? How about coal ash and the shutting down of environmental watch-doggery? The squeezing of the poor -- "No Medicaid expansion for you!" -- and the get-lost message to the unemployed (80,000+ newly unemployed workers thrown off unemployment benefits in the first months of 2013). Only the beginning.

An agenda that destructive needs lots of help. Gerrymandering the NC House and Senate seats -- that helped. Coming down hard on liberal ballot-access laws with a new photo I.D. law -- that helped a lot (particularly the squeezing down of Early Voting opportunities, the elimination of straight-ticket voting, the barring of college student I.D.s as valid proof of identity, the use of boards of election as partisan hammers).

They even manipulated the courts, decreeing that you couldn't challenge their legislative acts for unconstitutionality in any forum except a three-judge panel appointed by the Republican Chief Justice, and they stacked the ballot to benefit the partisan election of judges (which backfired on them in the case of Mike Morgan).

Get ready, America. Paul Ryan and Mitch McConnell can now pass what they please, and just look who'll be president. Grover Norquist said years ago that all he wanted in an ideal president was “a Republican with enough working digits to handle a pen to sign the legislation that has already been prepared.”

Trump will go along with them on everything they want. Why else did he pick that bunch of conservative billionaires and lesser millionaires and movement reactionaries to compose his Cabinet? For the mob, he's put on a new persona -- Right-Wing Hard Ass. But he won't play that with Congress. It's mainly pretend anyway.

Look for cold, conservative, opportunistic legislation to come pouring out of the U.S. Congress in time for Trump's first month. In fact, the word's out in Washington that Republicans intend to pass the "Regulations From the Executive in Need of Scrutiny Act," or "Reins," and have it on Trump's desk when he first walks through the door into the Oval Office. ("Reins" would subject any environmental regulation with an economic impact greater than $100 million to a vote of Congress, which would guarantee death for any of the Obama administrations major environmental regs.)


1. Dodd-Frank regs on financial institutions will get "unspooled." They'll use "budget reconciliation" to do it.

2. Planned Parenthood stripped of federal support (and incidentally demonized in the process).

3. Full-bore assault on the social safety net, on many fronts, including most especially figuring out how to incinerate health insurance for the poor, not to mention the much lusted for privatization of Social Security and the phasing out of Medicare. In other words, the Affordable Care Act smells like toast. They'll use "budget reconciliation" for that too.

4. "Kill the Consumer Financial Protection Bureau, whether by giving Congress control over its budget or finding cause to replace its director, Richard Cordray, with a weaker board."

5. Number 3 above will help pay for this: End the estate tax and lower taxes bigly for rich people and corporations. Remember Trump's campaign "stimulus plan" promise for investing in infrastructure: roads and damns and airports? That's now likely been forgotten in favor of "tax breaks." Those'll stimulate you, America, you bet!

6. "Some Republican lawmakers also want legislation that would stop courts from deferring to federal agencies’ interpretations of statutes — a practice known as 'Chevron deference,' after the 1984 Supreme Court case that went against the energy company — and have them instead defer to Congress."

8. "Legislation to allow concealed weapons to be carried across state lines, a major goal of the National Rifle Association."


Weigel takes pains to emphasize "how little Trump’s unpredictable, attention-grabbing style matters to the Republican game plan." Trump's intended to be kinda the stud horse to their brood mare. "We need you, standing for service. Otherwise, stay out of our way."

Our guess: Trump will stay out of their way. Trump will hold rallies and accept the adulation of the mob like the Second Coming. He will go along with Paul Ryan's agenda because basically Trump doesn't give a good goddamn about most of government -- all but the parts that directly benefit him and the family business. Don't believe he misses any sleep about workers, or poor people, or any of the other losers that the American Century has produced while he was rising.

America, we've experienced an out-of-control and dogma-driven legislative body, with a cypher chief executive, for the last four long years, and believe us, you're in for heavy weather. What do you do? You take to the streets. You register voters. You stay educated on what's happening and you raise hell about it in every way you can. You do not go along. You resist.

I will GREATLY enjoy reading this blog over the next few years.

Just remember, whenever you think that things are bleak, that they can't possibly get any worse, that Trump still WON the election while your candidate got more of the popular vote.

Just to rub salt in the wound.

Your prediction concerning the conservative agenda that Trump and the GOP will accomplish seems a bit overly ambitious. Nevertheless, if even 75 percent of the reforms you predict should take effect, the results will have a positive impact of the overall health of the Nation and prove once again the import of conservative policies.