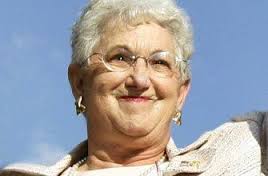 Virginia Foxx is never ever going to buck her party's leadership in Congress. We're referring, of course, to Congressman Mark Meadows' attempt to oust John Boehner as Speaker of the House.

Dan Way of Carolina Journal is reporting that Congresswoman Foxx "scolded" Meadows for invoking a rare procedural move to fire Boehner. “Rather than dwelling on the divisive behavior of one member, I remain focused on working with all of my colleagues on the priorities of the people of North Carolina’s Fifth District.”

To which anyone who knows her voting record, her attitude toward people who annoy her, and her petty theft sez, "Oh, do shut up!"