Paul Foley Has Resigned from the State Board of Elections; What's Next? 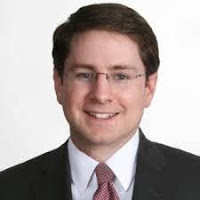 Approximately nine hours after declaring he would not resign, despite the governor's promise to remove him for malfeasance, State Board of Elections member Paul Foley told Board Chair Josh Howard he was resigning "to avoid distractions from the important work of the board." Foley was apparently holding out/negotiating an exit that seemed to exonerate him from all wrong-doing. About midnight, Howard sent out the announcement that Foley had resigned, adding this:


There has been no finding of wrongdoing by Mr. Foley, and the report we requested from the Attorney General found no improper influence by Mr. Foley over the outcome of the board's efforts in the matter of Chase Burns....

What that saving-of-face statement didn't address was the presumption among many of us that Foley was never really trying to influence the investigation but merely trying to get useful intel he could productively pass on to his partners at Kilpatrick Townsend, who were defending Burns.

Howard's trying to save Foley for a future leadership role in the NC Republican Party?

New NCGOP Chair Hasan Harnett must submit three names to the governor as possible replacements for Foley. There's no reason to expect a moderating change of direction from Harnett, a tea partier who is said to be bent on purging "moderate" Republicans from other boards of elections around the state.

Plus Harnett's recent press conference in Winston-Salem accusing Rev. William Barber of being paid by labor unions and the thousands of Moral Monday protestors of being paid outside agitators does not inspire confidence in his judgment.

Either the Republican-dominated state Board of Elections can begin to rebuild its severely damaged reputation in the state, or it can continue down this hyper-partisan path toward destroying everyone's faith in fair, free, and honest elections.