Meet the Most Notorious "Clerical Error" in North Carolina 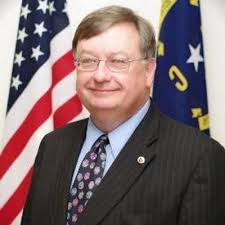 Mac Butner is the newly installed chair of the Rowan County Board of Elections. He has made numerous inflammatory (i.e., racist) comments on Facebook, some of which are detailed here and here. Much of his junk has been taken down. MOST OF IT WAS/IS WRITTEN IN ALL CAPS, a form of internet abuse that belongs to another century.

Now the state GOP has discovered it has a poisonous racist running elections in Rowan County and is trying to distance itself. Although Butner's offensive Facebook posts in 2014 made national news, North Carolina GOP Press Secretary Kara Carter said yesterday that party officials were "not aware" of the posts, which she termed "offensive."

And then Kara Carter said this: "His nomination was submitted to the State Board of Elections as result of a clerical error. We have absolutely asked him to resign."

Butner, as is his habit, is defiant. He's claiming he's the victim. Many in the new, reconstituted Republican Party of North Carolina will agree with him.

For its part, the North Carolina State Board of Elections doesn't need another scandal right now. It certainly doesn't need a character like Mac Butner in charge of voting in Rowan County, or in any county.

Ha ha ha ha ha. A clerical error? I guess Kim Strach is lying low with this one.

North Carolina Elections Board Chairman Josh Howard said Friday he will hold a public hearing to consider the removal of Rowan County Elections Chairman Malcolm "Mac" Butner. Some smart people are saying the SBOE won't remove Butner. I'm betting they will because of the recent exposed corruption of Paul Foley (not to mention Four Eggers + Paul Foley prior to that).

I'm serious? What could the clerical error have been? Jerry, do you know?

There was no "clerical error." It's something you say when you're caught flat-footed and embarrassed, and you need a quick explanation. Doesn't pass the smell test.

No, it does not pass the smell test. Notice the Rowan GOP isn't commenting. That's because the Rowan GOP was responsible (excuse the use of the term "responsible" here) for submitting the names. They knew exactly who and what that idiot stands for. As for SBOE, they're pretty eager to get rid of him. And Jerry, they would be eager to rid themselves of his stench whether or not the Foley episode weren't already so foul. But it is such a revealing problem, isn't it -- this matter of what kind of mindset is steering the GOP base.