Is It April Fools Day Already?

Republicans couldn't wait until they officially have both houses of Congress later this month. They're bringing the cray cray now. 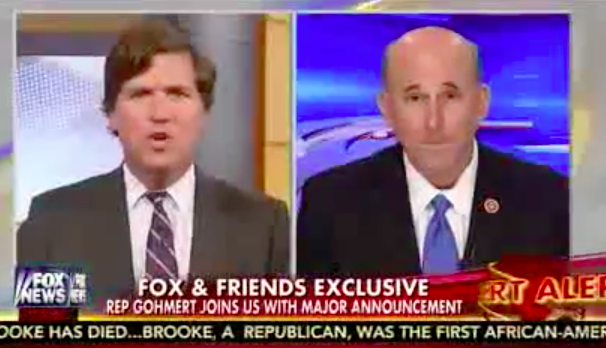 Louie Gohmert for House Speaker? We could only hope! Why shouldn't the delusional lead the denatured?

Meanwhile, it comes out that the third highest ranking House Republican, Steve Scalise, was guest speaker at a David Duke KKK-style meeting in Louisiana years ago. Squabs of a feather flocking together?

David Duke has now issued a threat that Republicans in Congress better leave BFF Scalise alone, or else Mr. Duke will spill the beans on the other members of Congress, from both parties, who've also previously licked Mr. Duke's boots.

Birds of a feather better not rile the roost ... or else!

We also enjoyed the National Organization for Marriage's headline declaring 2014 an "overwhelming victory" for "traditional marriage" across the country. Talk about delusional!

Meanwhile, Fox News has decided it needs to begin bashing Pope Francis, because Pope Francis is making the leaders of the Republican Party uncomfortable with some of his pronouncements about rich people and climate change. Some 78% of American Catholics have a favorable opinion of Pope Francis. Among the 22% of American Catholics who don't much care for the new Pontif ... presumably Paul Ryan and John Boehner and Virginia Foxx!