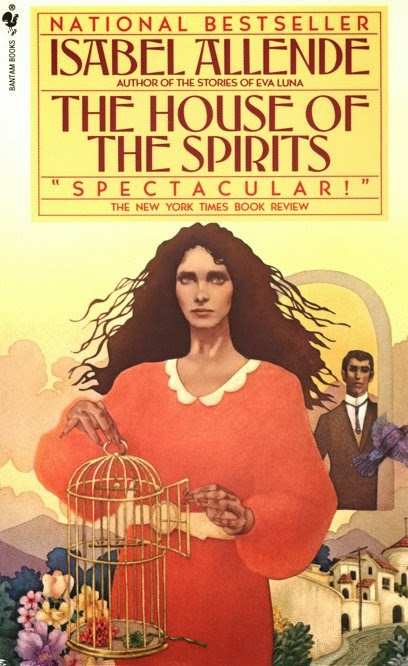 Jesse Wood’s unbiased coverage in High Country Press of the Watauga Board of Education's public comment period over banning Isabel Allende's The House of the Spirits is excellent. However, I must disagree that the audience's seating locations neatly reflected their positions on the book (right side vs. left). There were many book supporters among the against-the-book side. Altogether, I estimate about 350 people in the auditorium.

BOE chair Dr. Lee Warren explained that he was amending the usual rules for public comment to allow 10 speakers for each side of the debate. One additional speaker was allowed because she identified herself as neutral. The commentary was arranged so that the point of view alternated, beginning with “against” followed by “for,” and so on.

This format easily allowed for comparison between each pair of opposing speakers. Hence, I’m scoring this as a 10-round match using the “10-point must system” familiar to pugilistic fans and so named because a judge "must" award ten points to at least one fighter each round. I’m basing speaker performance on effectiveness, using Aristotle’s three modes of persuasion: ethos, pathos, and logos. (Ironically, it was in high school English classes that we learned about these styles of persuasion.) As a quick refresher, ethos refers to the authority of the speaker on the subject; pathos refers to an appeal to emotions; and logos refers to logic.

Round 1 began with the husband of the woman who initiated the challenge. Clearly, some ethos points here. His expression that this affair “has become something it was not intended to be” also scored pathos points. He tried to score a triple crown with logos when saying it was not about censorship. He and his wife just want the book removed as required reading or to have an acceptable alternative. Oops. Does a slip count as a knockdown? Because there IS an alternative. Mr. Craig Fischer responded with a quadruple logos sequence with a knockdown, noting that the NC Department of Instruction has found the book to be appropriate for high school sophomore instruction. Score: 10-8 for the book.

Round 2 began with a woman that claimed she read the book (ethos points) and did find some worthy themes of forgiveness and triumph but that overall the book deeply depressed her (pathos, on target). A vague reference to some Centers for Disease Control statement about U.S. teens having more suicidal tendencies more now than ever missed wildly for logos points. Her conclusion, remembering the depression caused by the book coupled with her research on suicide, left me hoping she gets professional help soon. A Mr. Kelly (a philosophy teacher – ethos points) and his wife delivered a solid round in support of the book expressing “every confidence” in the teacher. They were distraught that their child was deprived last semester of the good experience of reading the book (pathos points). Score: 10-9 for the book.

Round 3 had some real fireworks. Mr. Todd Chasteen opened with a logos- and pathos-packed flurry: “59 sexually explicit descriptions,” “deviancy,” “genitalia,” “one such reference every 7.3 pages,” a definition of child pornography, and a vague reference to some U.S. Supreme Court case that gives the BOE broad discretion. Mr. Woody McKay met this flurry with his own logos/pathos explanation of how passages taken out of context can be perceived as bad but taken in context can be good. His basis for this line of argument were the stories found in Judges 19, Genesis 34, Psalms 137, Ezekiel 23, Song of Solomon 2, and the crucifixion of Jesus. McKay was masterful in how he used these stories to support his point yet kept the Bible on sacred text ground. Score 10-9 for the book.

Round 4 pitted two female WHS students against each other. Both had strong ethos and pathos arguments. The earlier speaker (against the book) explained how she felt ostracized for choosing the alternative text. The latter speaker explained that there are students at WHS that personally experience some of the terrible actions (e.g., rape) that are covered in the book. She wondered why if they are old enough for it to happen to them, are they not old enough to be able to read and talk about it? Score: 10-9 for the book.

Round 5 was an evenly matched round that began with a well-dressed woman who said she had read the book and found it indecent. The issue for her was one of defining standards of decency perhaps via a rating system. She reminded her audience that the book may be allowed by the state but is not required by the state and that many successful graduates of WHS have taken the class without reading the book. Mr. Kauner Michael, a WHS junior, spoke passionately on the positive effect he experienced from covering the book last year in the class. He also delivered a student petition of 375 signatures supporting the book. Tough call, this round. But these two factors make the difference: (1) we can’t even decide on one book, so how likely is it that this community can agree on a rating system? and (2) Mr. Michael asked BOE chairman Warren “for permission to approach to deliver the petition signatures.” Wow! That was classy. Score: 10-9 for the book.

Round 6 also pitted a parent against the book versus a student for the book. Mr. Cliff Baldwin claimed that reading the book he found the issue one of "appropriate" vs. "necessary." This promising start was quickly submarined by a lame attempt at explaining the science of the adolescent brain (apparently based on a recent National Public Radio segment) and an even lamer attempt at connecting higher auto insurance rates charged to teenagers due to brain development. (FYI: auto insurance companies don’t know or care diddly about brain development. They only know about numbers like accident frequencies, and they only care about dollars.)  Mr. Patrick Williamson calmly reported, as the student body president (ethos points), that there was widespread support for the book among the student body and that the English department and the teacher were considered trustworthy and capable. Score 10-9 for the book.

Round 7 was contested by two WHS students. The first explained that she, in consultation with her parents, opted not to read the book and chose the alternate. She described being sent into the hallway, feeling ostracized and punished, and not being given an equal educational opportunity. Powerful pathos points scored. The student supporting the book called it her favorite book because of how it helps students become global citizens. Score: 10-9 against the book.

Round 8 began with the assertion to the BOE that their decision was actually quite simple because (1) they took an oath to uphold the laws of the U.S. and N.C. constitutions, (2) current WCS policy prohibits “possession of literature which significantly disrupted the education process or is obscene,” and (3) state statute gives BOE general control. Uh, I’d say that the book itself hasn’t disrupted anything, but the people trying to remove it from the curriculum have. The constitution bit was a red herring to trick me into being impressed. The BOE has general control to decide for either side, which is why it isn’t simple. Attempt at logos points fell flat. Meanwhile, Greg McClure said that reading this book as a high schooler himself led him to become a human rights worker in Latin America. High pathos scored. Furthermore, he claimed that while nearly everyone praises the teacher and says it isn’t about the teacher, it is in fact about the teacher. Questioning curricular decisions makes it about the teacher, and teachers need support. High logos scored. Score: 10-8 for the book.

Round 9 began with a parent claiming he respects the teacher for her ability but has lost trust in her for her accountability. Huh? Her department, colleagues, even the NC Department of Public Instruction have attested to the appropriateness of her choice. Then he slid into bizarre territory, talking about the purity of his daughter and how that was his responsibility until she was 18. Oh, and his son too! (Weird is not a persuasive mode for Aristotle.) Ms. Emily Haas, a 2012 alumna of WHS, spoke passionately in favor of the book and the teacher. She said her sophomore honors English class read Native Son that contained similar themes, but it helped her to grow. It changed her view of life and learning. High pathos. Score: 10-8 for the book.

Round 10 brought back the idea of ratings. Would this book be R-rated if you applied the movie industry rating system?  X-rated perhaps? More vacuous claims of research evidence, this time of the effects of exposing 18- to 21-year-olds to sexually explicit materials. Failed attempt at logos points. Mrs. Trudy Moss concluded the round with an interesting exploration of the stellar reputation WCS has earned over the years and how some of that reputation is due to the presence of Appalachian State University in the community and the elevation of the intellectual discourse. She warned of harming the educational health of our entire county and slipping into mediocrity. High pathos and logos scored. Score: 10-8 for the book.

It was an entertaining evening and an illuminating evening. Those present were clearly divided in their opinions, but everyone remained respectful. This judge’s final tally was that those arguing for keeping the book in the curriculum won the debate 9 rounds to 1, with a cumulative score of 99-78 in favor of the book.

Mr. Finchof presents interesting ratings of the presentations. I want to challenge his rating of round 7, however. How can he give the girl a high rating on pathos when her entire presentation was a falsehood? She claimed to be an innocent victim, when the facts show otherwise. 5 other students had opted out of reading the book and all chose to go to the library. This student refused to go to the library, and the teacher kindly arranged for her to have a seat in the hall. Lower your rating, sir!

If you paid attention to what that student said, she was NOT allowed to go to the library by her teacher. I was present and heard her state that clearly. The above article is from one point of view. I believe the arguments were much closer. I also want to know why the BOE would not allow for participants to read from the book? That is compelling in and of itself. Oh, and the participant's argument of the Constitutional obligations of the BOE is dead on. When the rules are outlined in black and white it should not be hard to realize the in appropriateness of this book. The motion picture based on the book was even rated R which means you have to be accompanied by a parent or guardian to watch if under the age of 18. If the BOE were to abide by general statute and constitution regulations, it is clear this book has no place in curriculum.