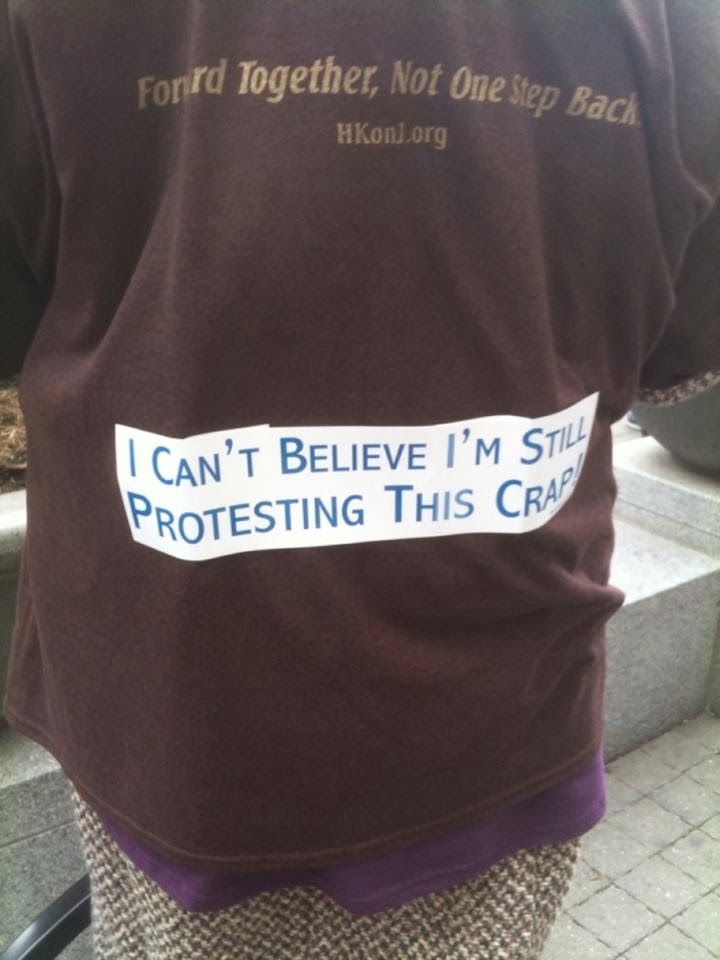 Tami Fitzgerald, executive director of the NC Values Coalition (whose "values" are all about exclusion and demonization), said the marchers in Raleigh yesterday "were anything but moral," casting her aspersions widely on the thousands of protesters who thronged downtown streets at the old Capitol building and the thousands more who took their witness to "Moral Mondays" last summer.

That girdle you're wearing must be pinching like a sonovabitch.

The Guv (who took his opportunity to get the hell outta Dodge, and who could blame him?), had already delivered himself of the opinion that all these thousands are "outside agitators," showing that his head is securely planted in 1969.

The Republicans can talk "outside agitators" all they want to, and what else can they say? But if they actually believe that crap, they're in deeper trouble than they realize.