One or Two Things About Him That We Won't Miss 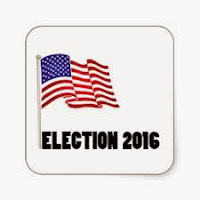 Gov. McCrory's refusal to accept Medicaid expansion in North Carolina was just wrong, and so was his decision to sign one of the most oppressive laws in the country restricting women's choices.

He makes no wise decisions, only ones that are demanded of him by the teahadists.

Help is on the way, but it's going to take another three years of waiting.

My fear is that in 3 years, they'll change all the laws that have benefitted citizens!

It would be more accurate to say they will have changed many of the laws that abused citizens.

Care to give us an example of one of those laws, Anonymous?

You don't need an example. You spin them and complain about them on almost every thread. However, women's choice (opposing murder); voter fraud; disenfranchisement of the residents of the ETJ, etc. will do to start

"You spin them and complain about them on almost every thread"

And you're condescending and hateful on almost every thread. Ah, the dreaded "voter fraud" yet again. There is practically NO evidence that any voter fraud is committed in NC. If there's so much voter fraud, how in the world did the Republicans manage to take over the General Assembly and the Governor's mansion? Democrats must not be doing the fraud correctly!

Dem12, not agreeing with your opinion does not maker me condescending or hateful except in your eyes. Saying it does reveals your insecurity about your own position.

I never said you had to agree with me. I can handle disagreement - I certainly disagree with you on most things that we've come across on here. You're condescending because no matter what is being discussed, you constantly tell people to "keep up" or "work on your reading comprehension," as if those of us who disagree with you are just stupid dolts.

Those comments are only made to draw attention to your trying to twist what has been said or has happened. If you would not spin the truth, they wouldn't be needed.

And I'm sure that YOU have never tried to "spin" things, right, Anonymous??

Not as far as I am able. Everyone speakes from their own perspective, but that is not the same as deliberately twisting the truth.

How do you know that Dem12 isn't speaking from his/her perspective? Your assertion that Dem12 is "deliberately twisting the truth" is just your opinion, which you are entitled to, of course. But you are not the arbiter of what "truth" is, any more than Dem12 is (or any of us, for that matter).

Because if he was speaking from a true perspective, he is the most naive individual that has ever lived. I gave him more credit than that.

If what you say is true, bW, what gave you the authority to say it? Is the statement not hypocritical? You ae judgeing whether I ahve a ight to an opinion, just as you say I did.

I really don't know what you are talking about... no one gave me any authority to say anything..... this is the comments section of a blog, for crying out loud! I'll say what I damn well please, just as you do. How is acknowledging your right to an opinion "judging" you? And what did Dem12 say in this thread that is so naive? He asked a simple question.

Nice try at spinning, BW. Thank you for proving the point.

So you won't answer the questions, huh? Just more insults. Screw you!

Wow, I've been away from this "party" and come back to this! Thanks for defending me, bettywhite, but you won't make any impression on our dear Anonymous. Your last post didn't have any spin in it - one wonders how Anonymous's mind works. Anyway, I guess we can move on to the next topic! LOL